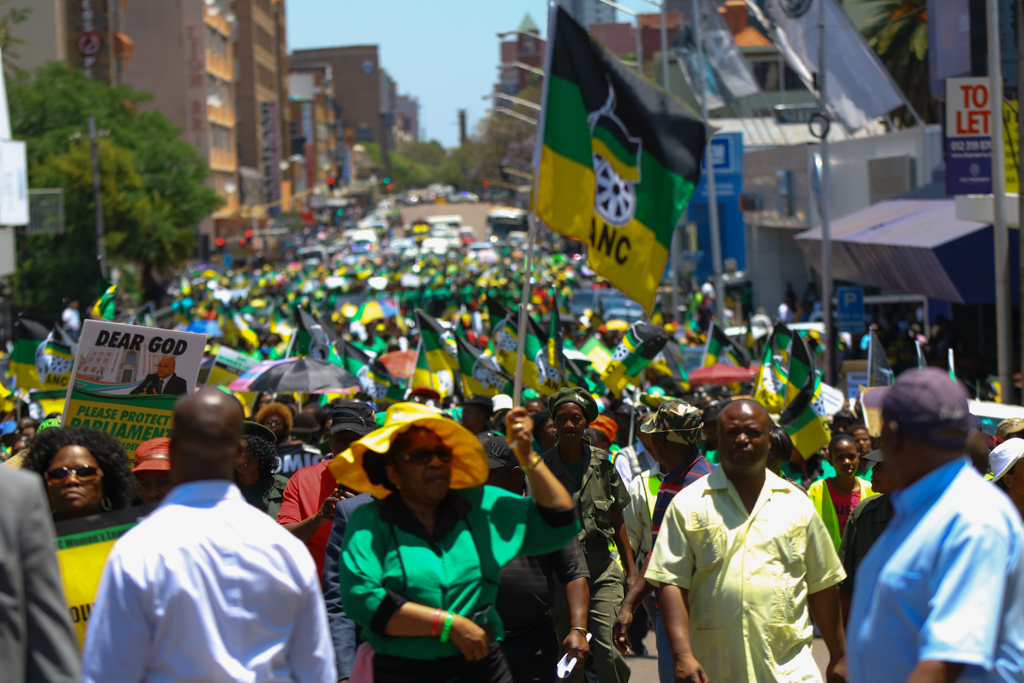 The ANCWL&39;s secretary, Meokgo Matuba said the organisation had kept quiet for too long.

“Many of our people are aware of how far and what sacrifices were taken to be where we are today, but going forward, it is evident that our people still struggle to share in the wealth that we should all be sharing according to the Freedom Charter.

“It remains unjust that, after 22 years of dispensation, we still find unfair, unjust rule of the many institutions that have sucked us of ourselves (sic) and even continues to cause deep, scarred divisions among us. It remains a mystery as to what extent the rule of law applies and to whom.”

She cited the Ciex report, which was commissioned by the apartheid government in the 1990s and implicated Absa in apartheid corruption worth more than R3-billion, saying there were no consequences for the bank.

“Our honourable Public Protector Advocate Thuli Mandonsela proclaimed to investigate the report in 2011, but to this day apartheid crimes remain unpunished and Absa bank continues to operate with no penalties attached.

“The Rembrandt Group, headed by Anton Rupert, who also called for President Jacob Zuma to resign after the court ruling made by Chief Justice Mogoeng Mogoeng, is implicated in the (Ciex) report,” she alleged.

The findings were never followed through by the apartheid government and the investigation and report never saw the light of day, she added.

“We ask to what extent the law must take its true reflection of judgment. We are worrisome of the fact that Mr Trevor Manuel, the former finance minister, also called for the resignation of President Zuma. Manuel’s wife, Maria Ramos was employed by national Treasury before 1994 and made a director general of National Treasury post-1994, holding the fort for seven years, before proceeding to become the CEO of Absa/Barclays bank.”

The Ruperts and the Rothschilds, she said, had become billionaires and were “running the World Bank”.

At least four provinces have so far made their stance known after they deliberated on the Nkandla judgment that found that Zuma and the National Assembly failed to uphold and protect the constitution by ignoring Madonsela’s remedial actions regarding Zuma’s private Nkandla homestead.

The Gauteng ANC leadership said while it accepted Zuma’s apology, he should “reflect deeply and do the right thing to resolve the unprecedented crisis” the ANC faced.

The province’s leadership, led by chairman Paul Mashatile, has been vocal in its criticism of Zuma&39;s handling of the drawn-out Nkandla saga.

Mashatile told the Mail & Guardian on Tuesday that his provincial executive committee (PEC) discussed the possibility of Zuma appearing before the ANC integrity committee for bringing the party into disrepute.

ANC branches in the province would hold meetings to deliberate on the court judgment, after which a provincial general council would take the final decision when it meets next month.

However, the ANC Youth League, ANCWL and Umkhonto We Sizwe Military Veterans Association structures in Gauteng have since revolted against the the provincial ANC&39;s decision on Zuma.

The groups have called a media conference on Wednesday “to reject and denounce the PEC decision”.

Mpumalanga, Limpopo and KwaZulu-Natal all voiced their support for Zuma on Tuesday.

Mpumalanga chairman and premier David Mabuza reportedly hinted that ANC members might help Zuma to pay back the money for the Nkandla upgrades.