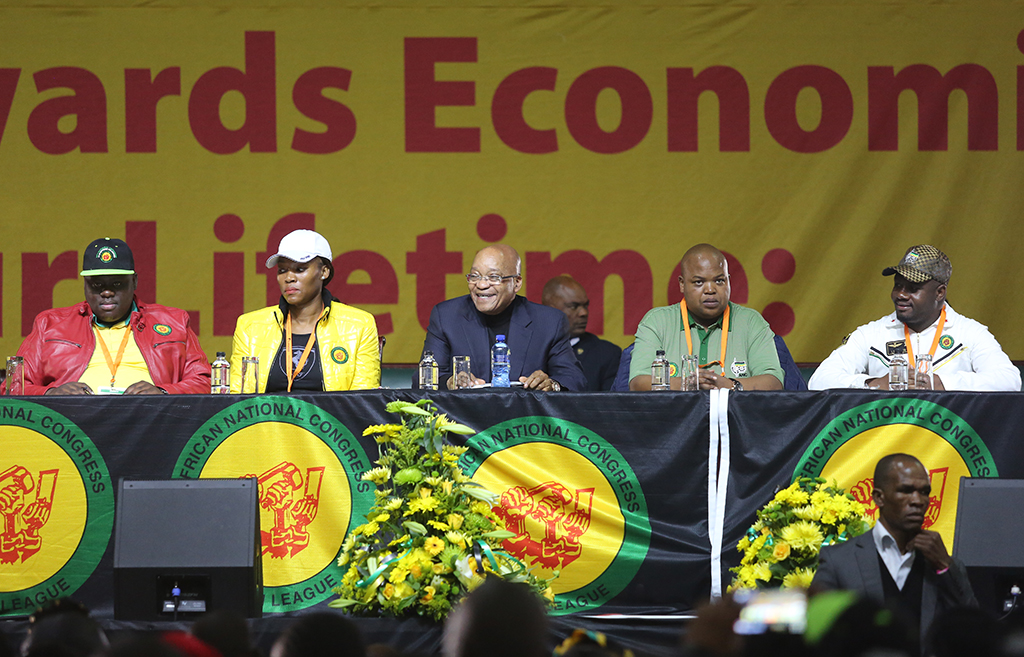 President Jacob Zuma is seen on stage with newly-elected leadership of ANCYL during the league's 25th national congress held in Midrand.

JOHANNESBURG – The ANC Youth League (ANCYL) has called for an early ANC conference, it said on Thursday.

“The ANC Youth League believes that all the current NEC members must come to an early conference to account. The early conference must not be contested and there is a need to introduce young leaders to the officials and the overall leadership contingent of the ANC,” the league said in a statement.

The ANCYL issued a statement on the outcome of the municipal elections.

The league said its mother body &39;must regenerate&39;.

The ANC conference is expected to be held in December 2017, but the youth league has proposed that the conference be held in June.

The youth league also said it supported Jacob Zuma and that Zuma alone cannot take the blame for the ANC&39;s performance in the municipal elections.

“President Zuma is the president of the ANC and will remain so till the next national conference of the ANC,” the youth league added.