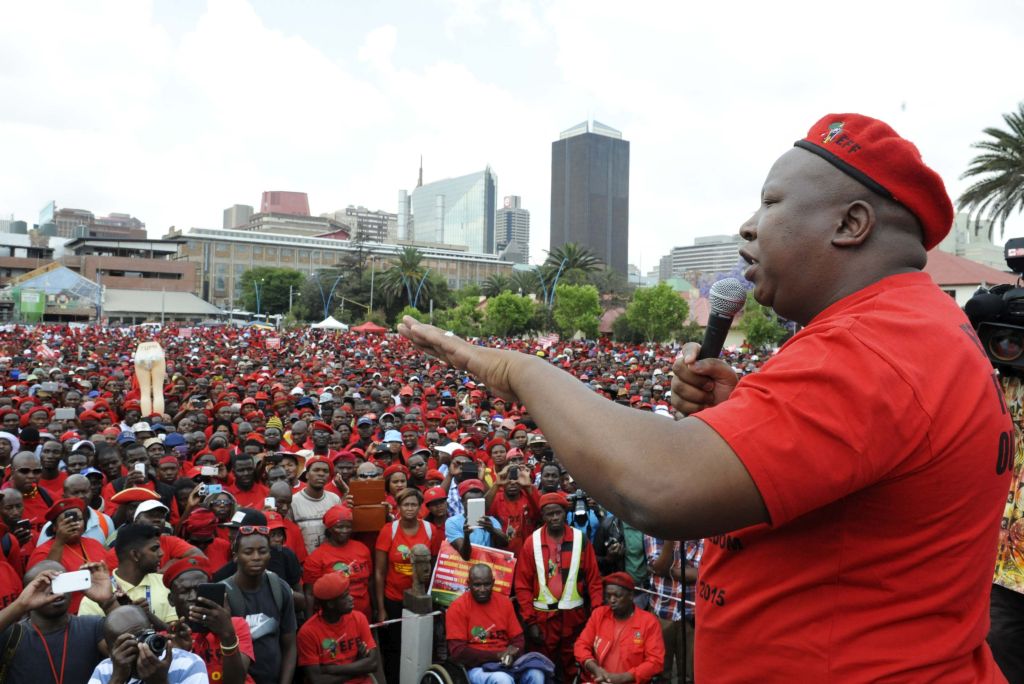 Thousands of EFF supporters lead by Julius Malema marched through the streets of the CBD on October 27, 2015 in Johannesburg.

JOHANNESBURG - The ANC Youth League (ANCYL) has vowed to stop the Economic Freedom Fighters (EFF) from “destabilising the country”.

They would meet with President Jacob Zuma, as the commander-in-chief of the country’s armed forces, to “unleash soldiers” on the EFF after its leader Julius Malema’s controversial remarks on how his party would remove Zuma from office.

“The national executive committee of the ANCYL has decided that we have to discuss with the state president as commander-in-chief of the country to unleash armed forces on the EFF because we can’t allow that behaviour.

"We are a constitutional democracy…and we do not have arms as the youth league, we are not financed by [tycoon] Johan Rupert and everyone else.

"We will rely on the state and its machinery to deal with that,” ANCYL president Collen Maine told reporters in Johannesburg after the league’s three-day national executive committee meeting.

When asked whether such an act would not be a call for a civil war, Maine said the ANCYL was on record that it would never call for a war in the country.

“The ANCYL has said whoever wants to fight Zuma, must do so through the ANCYL…we have never called for a war. We will, however, fight any attempts that seek to brew civil war in this country.”

Malema told TV news channel Al Jazeera that his party was prepared to “use the barrel of a gun” to remove the ruling African National Congress (ANC) government.

The ANC condemned Malema, describing his statement as “tantamount to treason”. The party opened a case against Malema at Hillbrow police station on Tuesday.

Police Minister Nathi Nhleko said on Tuesday that the specialised crime-fighting unit, the Hawks, were investigating criminal charges against Malema.

“The matter is now being investigated by the Hawks. A due process of investigation is to follow,” Nhleko told reporters at a briefing in Parliament.