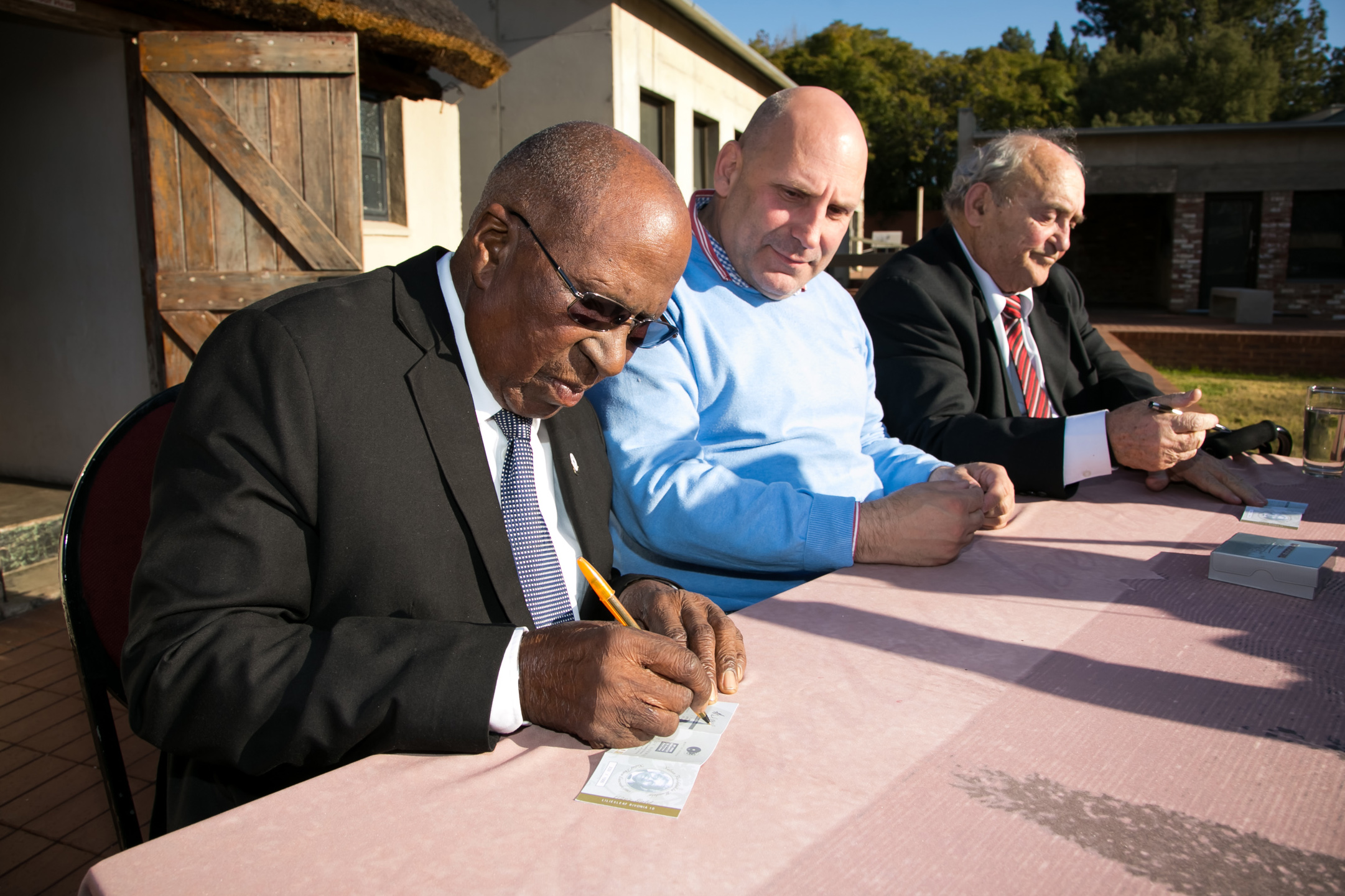 Andrew Mlangeni signs the limited edition Lifiesleaf Rivonia Ten gold medallion that was auctioned in honour of the 50th anniversary of the Rivonia Trial on 10 June 2014.

The Durban University of Technology will bestow the doctorate of education in recognition of Mlangeni&39;s contribution to the fight against apartheid.

Earlier this month, he was awarded an honorary doctorate by Rhodes University.

The 92-year-old was imprisoned on Robben Island for 26 years.

He emerged from prison with two degrees and remains passionate about education.

Mlangeni is one of only two surviving Rivonia trialists.