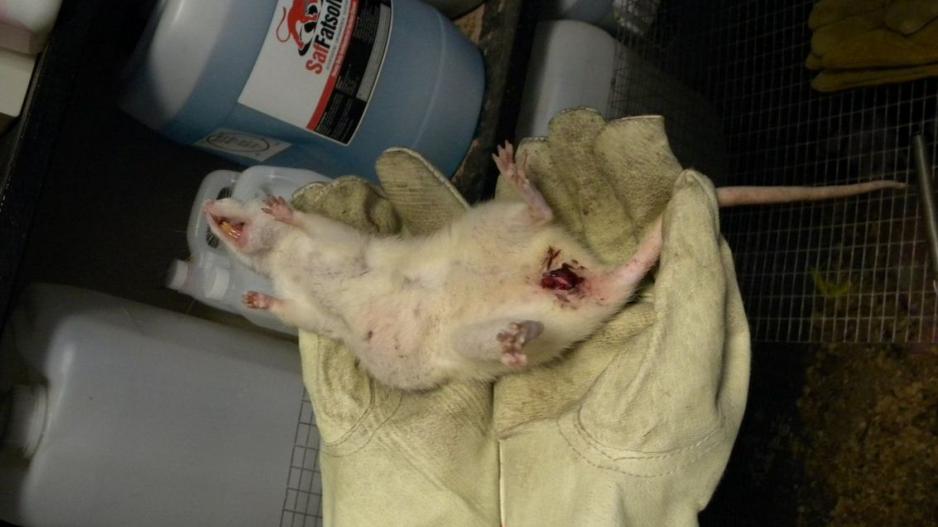 The NSPCA says it was alerted to horrendous living conditions and neglect of animals at the Endofaun Zoo, with various animals kept in small, filthy dirty cages in a building at the zoo.

JOHANNESBURG – The Endofaun Zoo in Bapsfontein, east of Johannesburg is in hot water after the NSPCA was informed of animal cruelty at the zoo.

The NSPCA says it was alerted to horrendous living conditions and neglect of animals at the zoo, with various animals kept in small, filthy cages in a building at the zoo.

A statement released by NSPCA said, “All cages had excrement and food waste accumulation and in many cages dirty food bowls had not even been removed. New food bowls were merely placed on top of old, rotting food.

The rodents and snakes were housed in the most shocking conditions and it was obvious that these cages had not been cleaned in months.”

“Faecal matter was piled high with dirty, soiled sawdust in the rodent cages and the animals showed obvious signs of illness like mange, untreated injuries, tumours and breathing difficulties,” it added.

The statement says Endofaun Zoo has contravened the Animals Protection Act of 1962 and in the process of laying charges of animal cruelty against the zoo.

NSPCA removed rodents and snakes from the zoo. The zoo was issued with an extensive written warning regarding the remaining animals.

Staff at the zoo were instructed to start cleaning cages under the supervision of NSPCA and an instruction was issued that all remaining animals were to be placed in larger cages.

The zoo is a registered member of Pan African Association of Zoos and Aquaria (PAAZAB), an organisation which says it helps guide and accredit all African zoos and aquaria to become effective and credible centres of animal welfare, conservation, education and research.

The owner of the zoo is Jimmy Magill a notorious animal trader and owns the company Zoological Live Animal Supplies, and runs a taxidermy from the zoo property.