Another statue vandalised in Pretoria 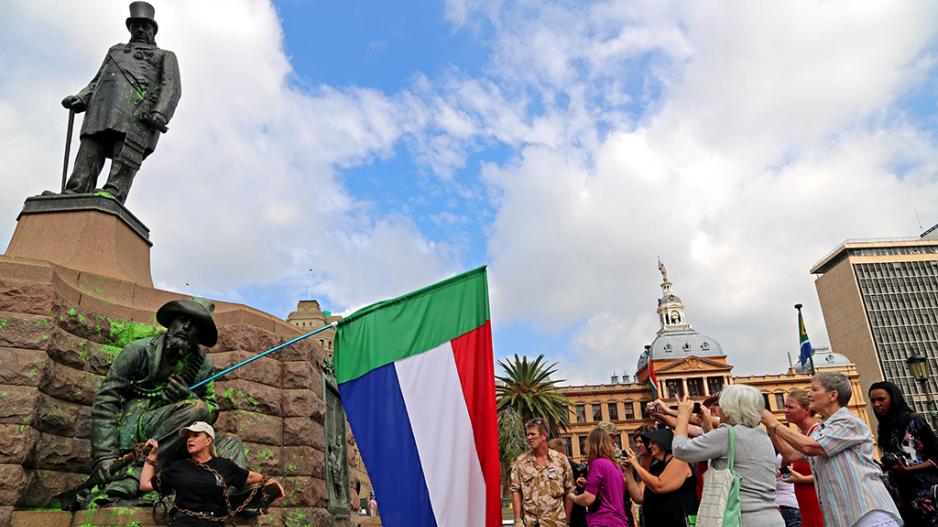 Afrikaans singer Sunette Bridges chains herself to the Paul Kruger statue in Church square, Pretoria. The act was in defiance of the defacement of the statue.

PRETORIA – Another statue has been vandalised in Pretoria.

On Saturday, red paint was flung at the statue of Marthinus Pretorius, who was the founder of Pretoria and the first president of the South African Republic.

No one has taken responsibility yet for the attack, which took place in front of the Tshwane City Hall.

EFF supporters picketed on Saturday at the Paul Kruger statue in central Pretoria, demanding that it be taken down.

Kruger&39;s statue has been cordoned off with barbed wire.

The statue of Paul Kruger and two of the four sentries which surround the statue were cleaned this week after they were defaced on Sunday with green paint.

Paul Kruger, who presided over a colonial government in Transvaal, now enjoys ANC protection from calls that he falls pic.twitter.com/Wp5taje1Eo