Anti-corruption march to go ahead as 'dress-rehearsal' 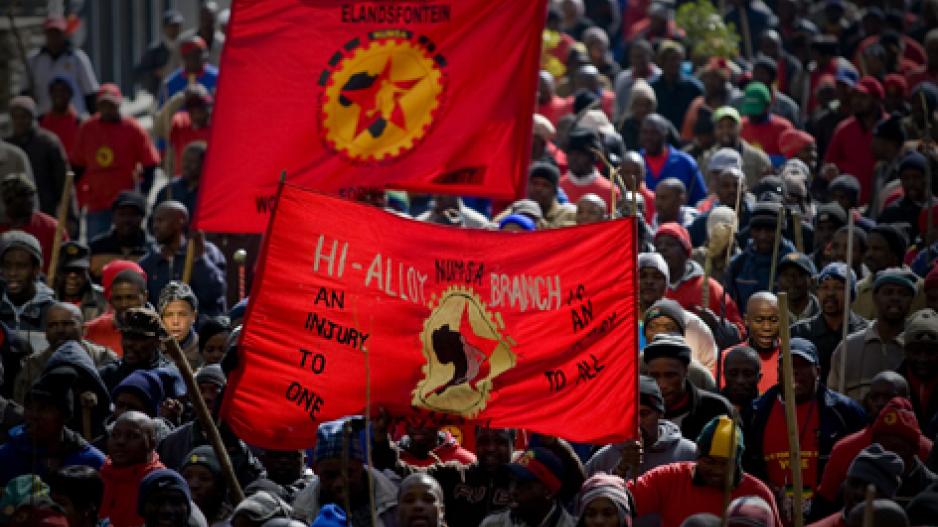 Numsa members have been locked in wage negotiations with employers.

JOHANNESBURG - The Unite Against Corruption coalition says it will go ahead with Wednesday&39;s march despite not having permission to embark on the strike.

National Union of Mineworkers of South Africa (Numsa) General Secretary, Irvin Jim told the media Nedlac knew about the march and wanted to sabotage it.

He said Numsa had applied well in advance for permission from Nedlac&39;s Section 77 committee to hold a protected strike on 30 September.

"This attempt by Nedlac to frustrate the right of workers to strike will not hamper plans or the mobilisation of union members to exercise their legitimate right to march against corruption."

"It increases pressure on employers to lend their support to this nationwide protest against the widespread corruption that results in far greater losses to the country and the economy than a day of protest action," Jim said.

Wednesday&39;s anti-corruption march organised by several civil society organisations would go-ahead as a “dress rehearsal”, Jim said, while the march on October 14 would be “the mother of all battles”.

However, Jim urged workers who had not originally been granted permission to participate in Wednesday&39;s march, to go to work as normal on on the day, as it was no longer a protected strike.

"Now that Nedlac have taken this undemocratic manoeuvre it means the strike action is unprotected. Therefore, we are not calling on workers to embark on a strike on Wednesday unless they have made arrangements with their employers," Jim stressed.

“We are calling on all people who are working night shift to take part in the march,” Jim added.

Jim said their demands focussed on the need to end corruption, and to ensure transparent and accountable leadership.

The march in Pretoria will head from Burger’s Park to the Union Buildings, while in Cape Town it will follow a route from Keizergracht, pass Parliament, and end in Darling Street.

No political relationship with Numsa so we can&39;t support their march. But this does not mean we condone corruption, we don&39;t!

A few months ago I said Nedlac will not grant permission to Numsa for its anti corruption march. Workers should take part regardless