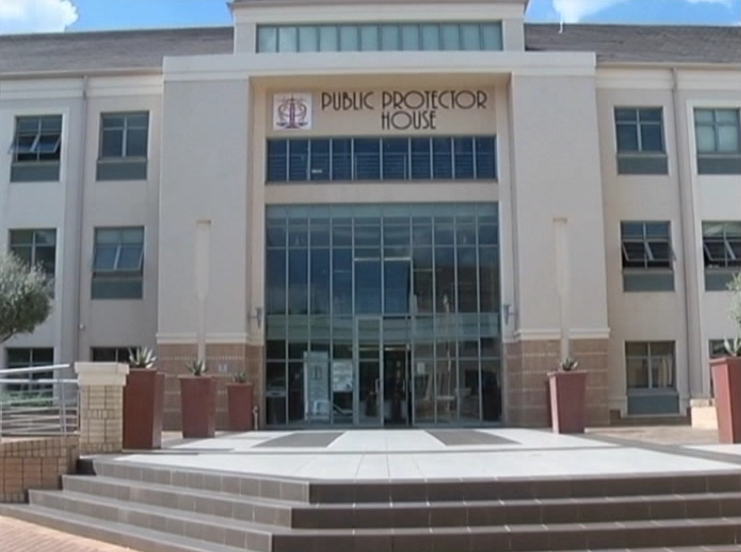 JOHANNESBURG - What looked like a relatively easy investigation, which could potentially yeild R26-billion in rewards for government, has turned out to be a minefield. So said Public Protector Thuli Madonsela on her investigation into serious allegations that the Mandela and Mbeki administrations let apartheid-era state looters off the hook. Two years into her investigation, Madonsela has told eNCA.com, there are still no simple answers. Part of the problem, she said, is that the alleged offence took place 14 years ago, and she has had to examine the facts at the time.

In July 2011, Madonsela agreed to investigate a complaint by Advocate Paul Hoffman -- head of the Institute for Accountability in Souther Africa. Hoffman had managed to get a copy of a top secret report compiled by former UK intelligence officer Michael Oatley. Oatley had run his own consultancy firm in the early 90s, and according to the report, was contracted to help government investigate whether the South African Reserve Bank and government had been robbed of millions through "lifeboat" deals to banks.  Oatley tracked several other schemes through which government money was allegedly paid to off-shore bank accounts, illegally, in the dying years of apartheid.

According to his report, Oatley had located around R26-billion which he believed should be recouped by government. He was meant to help recover the funds but suddenly, said Oatley in his report, but one of the schemes was terminated shortly after the 1999 elections.

In his complaint, Hoffman said he believed the Mbeki administration had an obligation to the South African people to go after the funds.

“The bottom line is, taxpayers money has been misappropriated. And South Africa, like the rest of the world, is going through very difficult economic times at the moment. So, if there is low hanging fruit lying about in the hands of the rich and the powerful, that actually belongs in a situation where it can be used for socio-economic upliftment and the public wheel, then why not," Hoffman said.

Accounting for the two-year saga, Madonsela has now said the investigation has proven more complex than she initially anticipated due to several "technical issues".

"It has taken long for two reasons. The first part is that I didn’t do the investigation immediately. I had initially declined because I thought it was going to be difficult. Then, when I was told there’s money to be picked, its low lying fruit, I then accepted the brief. Then when I started scratching the surface it turned out that the technical issues are technical. So, although its not a lot of work in terms of bulk documents... the issues are technical in nature. So, it warranted a much more elaborate investigation than we’d originally envisaged," she said.

Chief among these issues is the question of what government knew at the time, how they were advised, and whether (based on that information) they acted correctly.

Despite these difficulties, Madonsela said she anticipated having a preliminary report by the end of September.

“There is a provisional document that keeps being improved as we speak to people. Shortly after that interview we will then integrate those comments and then possibly speak to government because we haven’t we haven’t had an opportunity to speak to government fully. We had an initial meeting with the Minister of Finance (Pravin Gordhan) but because we hadn’t indicated to him the exact issues, the meeting was fruitful but not very detailed," Madonsela said.

Before releasing her findings, Madonsela will have to meet with Gordhan again.

"He is the Minister of Finance. Whatever we do has implications for the rand, for the financial services sector. So, we will just talk to him. So, that’s what we need and then we’ll decide what to do with the provisional draft," she said.

Among the witnesses interviewed so far are Cape Town Judge Dennis Davis, who investigated so-called "lifeboat" payments to several banks which eventually formed Absa. Madonsela also interviewed Pretoria Judge Eberhard Bertelsmann, who was part of the legal team which worked with government at the time. Judge Willem Heath, who had conducted an investigation which found the lifeboat payments to be "illegal", was also interviewed.