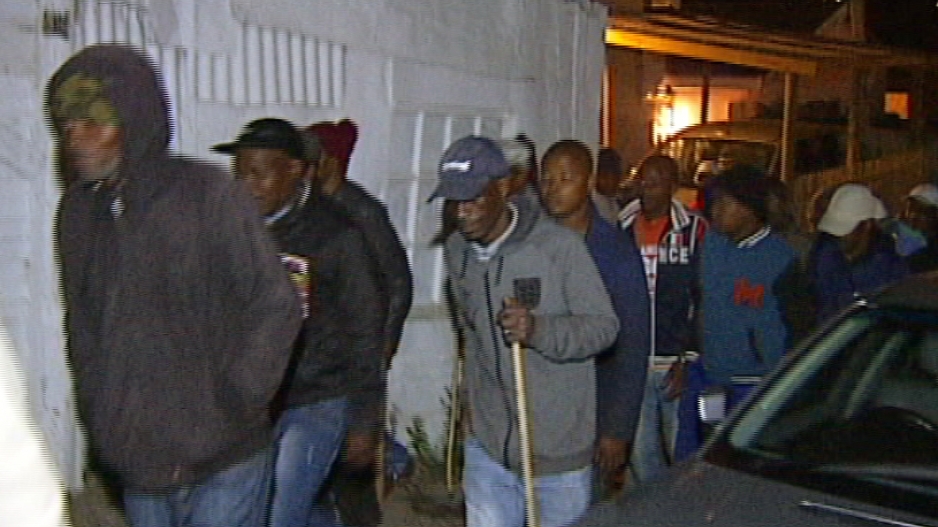 Protesting residents of a Hout Bay informal settlement descended on the streets on Tuesday night, armed with spears, sjamboks, knives and knobkieries.They say they're on a mission to drive criminals out the area.

They say they&39;re on a mission to drive criminals out the area.

The scene on the streets in Imizamo Yethu -- the most crime-ridden part of Hout Bay -- appeared chaotic as close to a thousand men went in search of those behind a wave of violent crime that&39;s hit the area.

Tensions have finally boiled over, and the community is adamant the scourge of crime will come to an end in this area.

* Watch the full video report by Robyn Smith, with an exclusive look at this troubled community, in the gallery above.

I take you into the heart of ImizamoYethu where hundreds of armed men are on a mission to root out crime. An @eNCA exclusive. houtbay