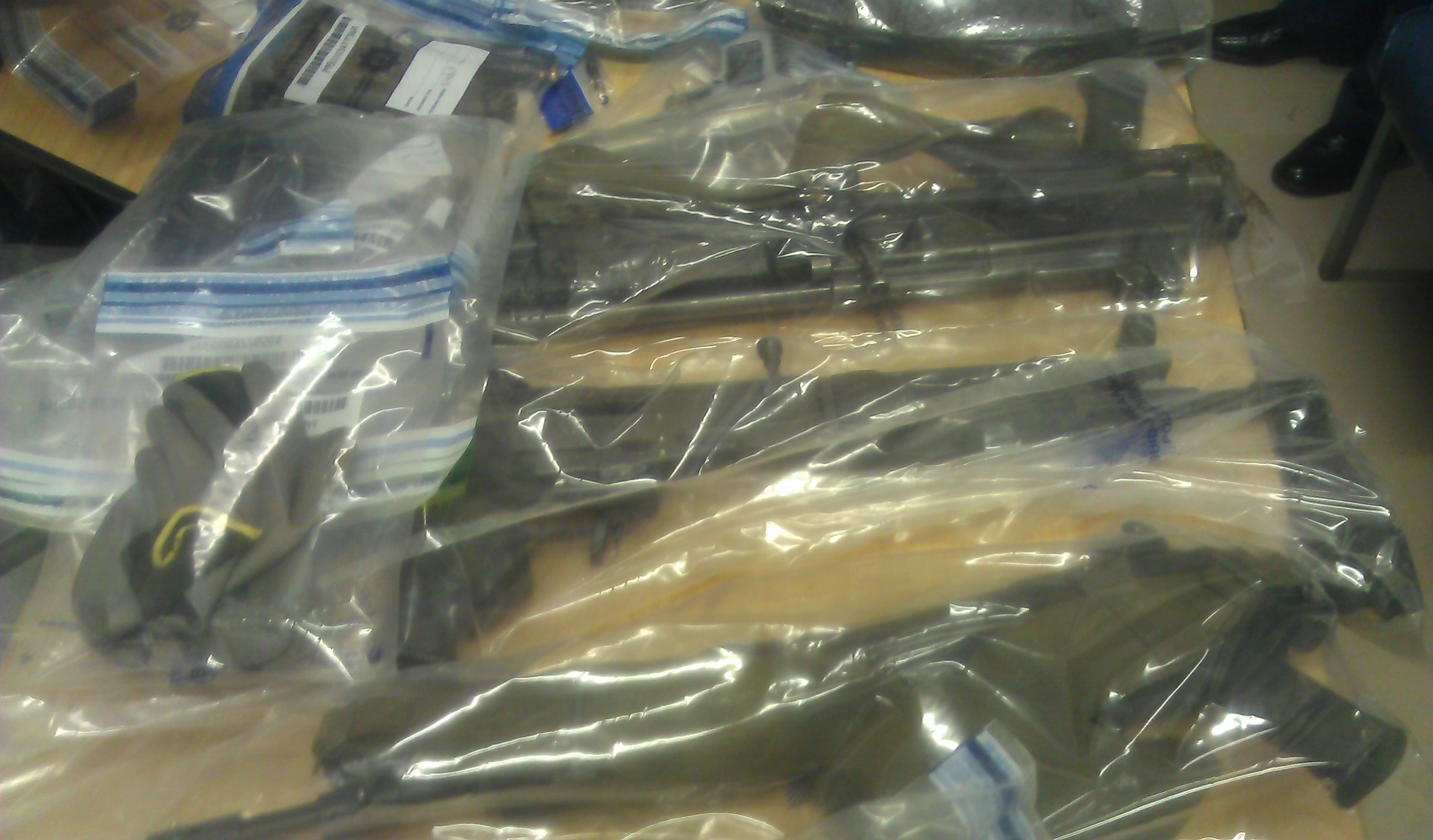 Police have arrested two men after a massive arms cache was found at a house in Atteridgeville on Wednesday evening.

PRETORIA - Police have arrested two men after a massive arms cache was found at a house in Atteridgeville on Wednesday evening.

The suspects were linked to several ATM bombings in Limpopo and Gauteng.

The cache includes three assault rifles, more than 100 rounds of ammunition for different types of firearms and five 9mm pistols.

The arms cache was discovered at a house apparently belonging to a South African National Defence Force (SANDF) member.

"He was found in possession of R62, 000 in cash and police proceeded to search his premises and seized three rifles (two R 5 and an R4) with nine fully loaded magazines.

Further investigation led police to a second suspect who was found in possession of five pistols and other equipment used to cover their crime tracks," Gauteng spokesperson, Lieutenant Colonel Lungelo Dlamini said in a statement.

Police said four other gang members were still at large.

"Everything possible will be done to make sure that ruthless criminals in this province will meet the justice that they deserve," said deputy provincial Commissioner for Detective Services, Major General Vincent Leshabane.