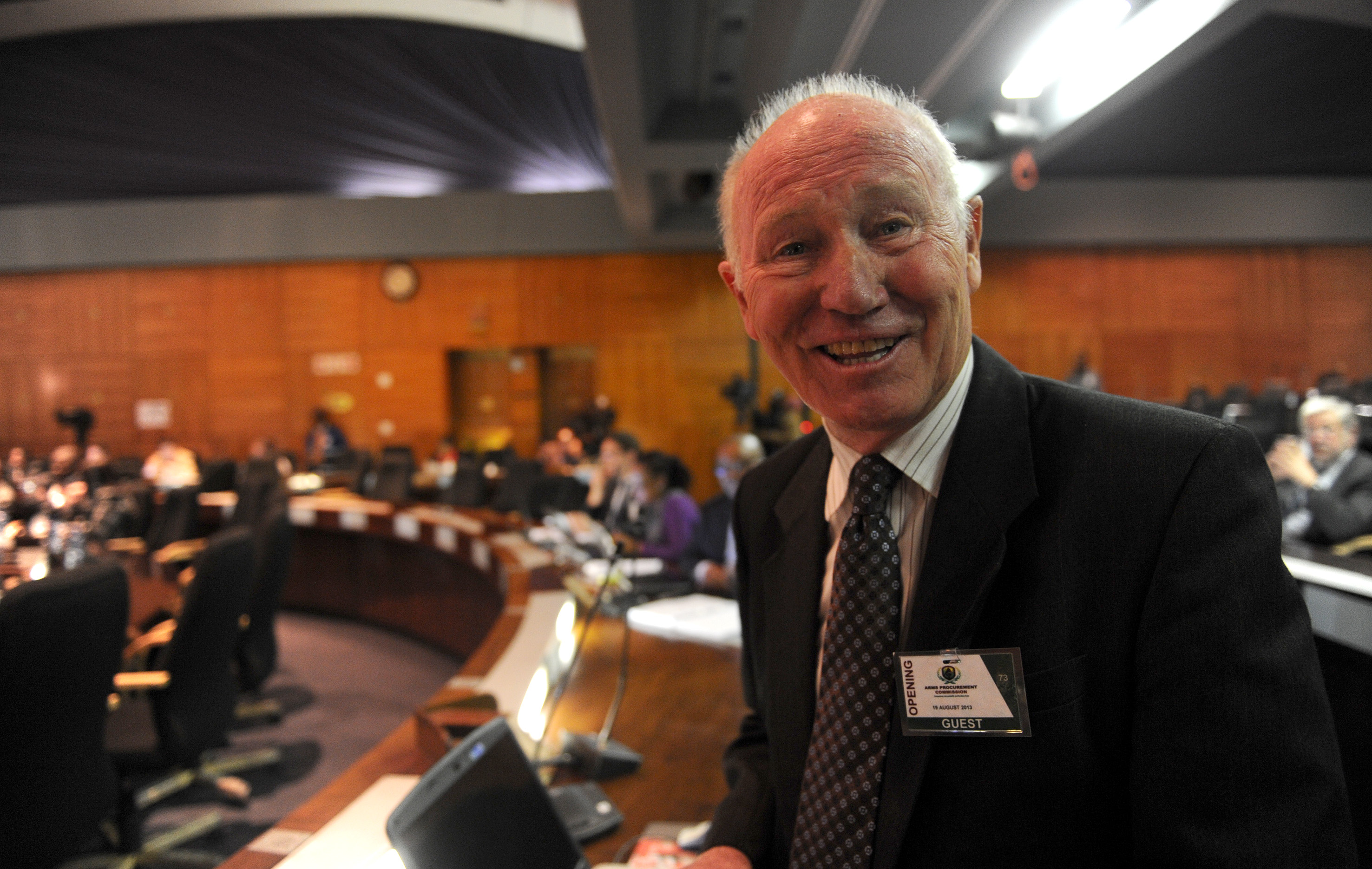 PRETORIA - The South African financial system was exploited when government colluded with arms manufacturers during the 1999 arms deal, the Seriti Commission of Inquiry heard on Wednesday.

"South Africans have been financially raped by the international war business and their governments, albeit with the collusion of our government," arms deal critic Terry Crawford-Browne told the inquiry&39;s hearings in Pretoria.

In his sworn statement, Crawford-Browne said that in 2005 Barclays Bank used the loan agreement with British arms manufacturer BAE Systems and its "catastrophic" default clauses to strong-arm then finance minister Trevor Manuel to approve the takeover of Absa bank.

"Absa and its South African clients have since been milked by Barclays Bank and, as payback, Ms Maria Ramos [now Mrs Manuel] was appointed chief executive of Absa, which is currently being re-branded to Barclays Africa," said Crawford-Browne.

He said the conflict of interest was glaring.

"Given Barclays&39;s reputation for corruption and malpractices, it beggars belief that Mr Manuel not only approved the takeover of Absa, but trumpeted that it represented a massive vote of confidence in South Africa."

He said it was irrational for the new South African government, which had inherited an almost bankrupt economy, to buy lavish military hardware.

"The purchase was fraudulently disguised through the offset programme as some unique opportunity to stimulate South Africa&39;s economic development and to create jobs."

He said the arms deal was "guesstimated" to have cost South Africa over R70 billion, which was likely grossly understated.

Crawford-Browne said evidence showed that Barclays Bank of England financed the acquisition of the BAE Hawk and the BAE/Saab Gripen fighter aircraft.

Commmerzbank of Germany financed the purchase of the four frigates and three submarines. Societe Generale in France financed Thomson CSF combat suites in the German frigates. Mediocredito Centrale in Italy backed the purchase of 30 Augusta helicopters.

Crawford-Browne said the Commerzbank foreign loan agreements for the frigate purchase contracts ran for 13 years, and should have been repaid by 2012. The loan agreement for the submarines was extended until 2016.

The Barclays Bank loan for the Hawk and Gripen fighter jets were for 20 years, running until 2019.

Crawford-Browne said the testimony of Andrew Donaldson, a deputy director general at Treasury, indicated that "the liabilities" had been extended to 2021.

The commission was appointed by President Jacob Zuma three years ago to investigate alleged corruption in the arms procurement deal.

Government acquired, among other hardware, 26 Gripen fighter aircraft and 24 Hawk lead-in fighter trainer aircraft for the air force, and frigates and submarines for the navy.

Internationally, Crawford-Browne said the British Export Credit Guarantee Agency was notorious for corruption and for blocking investigations into bribes paid by BAE, its largest customer.

"Those European governments, their export credit agencies as well as the banks, dismally failed to undertake due diligence to ensure that there was no bribery or other elements of fraud in the awarding and securing of the arms deal contracts."

Crawford-Brown said it was no wonder the city of London was sometimes referred to as "the most corrupt square mile anywhere on the planet Earth".

"The BAE bribes for the arms deal were laundered through a BAE front company in the British Virgin Islands called the Red Diamond Trading Company for payments to &39;bagmen&39; including Fana Hlongwane, John Bredenkamp, and the late Richard Charter," said Crawford-Browne.

"The trust funds established by Hlongwane to handle the BAE bribes were set up in Liechtenstein and elsewhere by a lawyer who for years worked for [former] British prime minister Margaret Thatcher and her family."