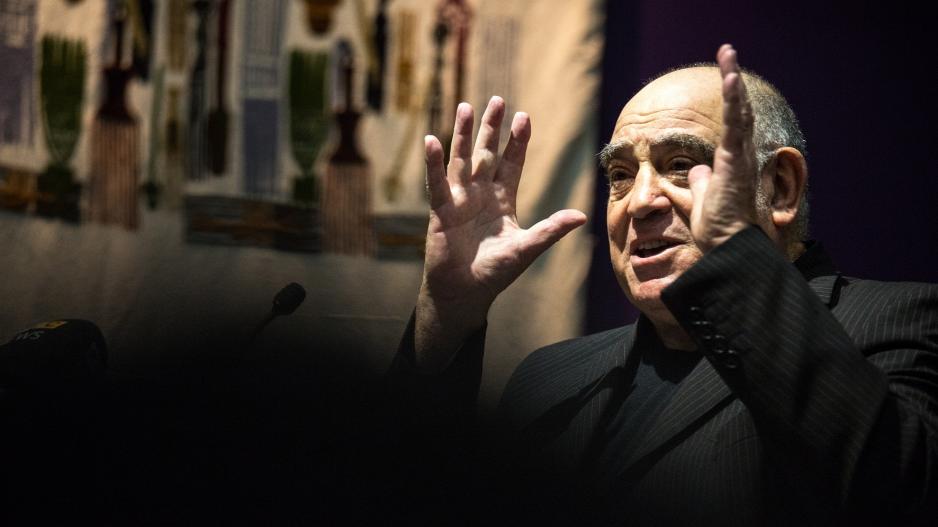 Former Minister of Intelligence, Ronnie Kasrils at the launch of "Sidikiwe! Vukani! No Vote" campaign at the Wits University. The campaign called for voters to avoid voting for the ANC or DA or spoil their ballots.

"I hope Terry Crawford-Browne and others don&39;t misunderstand me -- this was quite a small package. We are talking about equipping an army, a new defence force," Kasrils said in Pretoria.

"Other defence forces buy hundreds of planes and scores and scores of ships. We wanted to serve our people foremost. We couldn&39;t finance it on the defence (department) budget which was too small."

He was led in submitting evidence at the inquiry by the commission&39;s evidence leader Simmy Lebala.

Lebala asked Kasrils to explain whether there were financial concerns about the affordability of the strategic defence procurement package.

Kasrils responded: "I had great confidence in (former) President Mandela who had been on record in a state of the nation speech to make it clear that his government was behind this whole project."

"I had great confidence in our Cabinet. The minister of finance (Trevor Manuel) was very careful and he raised certain questions but basically he was behind this project. It looked like government could find ways to arrange the finances for the package."

Kasrils said there was "big debate" in the country, particularly in government on how the state would manage such an acquisition.

Kasrils said envisaged spin-offs were realised from the project.

"In terms of benefits to the economy and industry, the possibilities were there and materialised for doing very positive government to government deals," he said.

"That&39;s how the government moved in a positive spirit."

"The transformation of the defence force required the introduction of new equipment since the boycott and sanctions against the apartheid regime had left the armed forces with obsolete equipment," Kasrils said in Pretoria.

He said the navy weaponry was virtually obsolete.

President Jacob Zuma appointed the commission in 2011 to investigate alleged corruption in the 1999 multi-billion rand deal.

Government acquired, among other hardware, 26 Gripen fighter aircraft and 24 Hawk lead-in fighter trainer aircraft for the air force, and frigates and submarines for the navy.

Next week, Kasrils will continue giving evidence on Tuesday.

On Monday, Jayendra Naidoo -- the government&39;s chief negotiator in the arms deal -- is scheduled to appear.