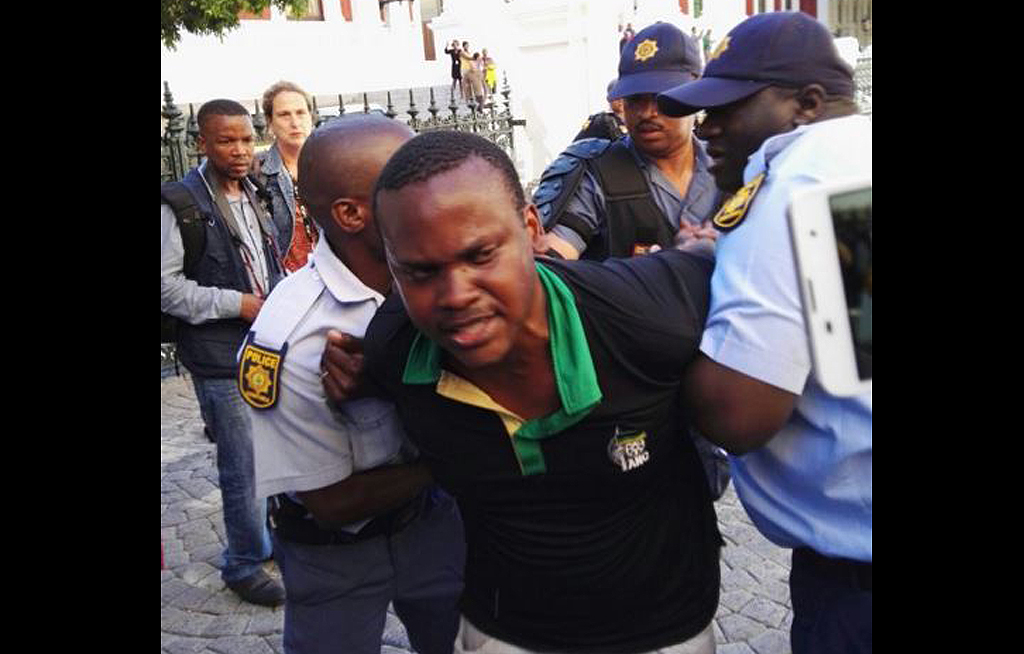 CAPE TOWN -- Dozens of students have been arrested following dramatic scenes outside Parliament on Wednesday.

One of them is struggle stalwart Revd Frank Chikane&39;s son, Kgotsi.

Police fired stun grenades and pushed back thousands of students who had stormed the parliamentary precinct.

But students were relentless and pushed back at police with their hands crossed above their heads.

They called on cabinet to come and address them over their demand of a no fee increase next year.

Min Nzimande addressing students outside parliament BUT to no avail without promising zero percent FeesMustFall pic.twitter.com/sj9NPi6WGw

While speaking to the media as he was being arrested, Chikane accused police of being heavy handed on "peaceful protesters."

"One white police officer, while we were peacefully protesting, comes and drops a stun grenade on students by himself. He made a uniliteral decision. Members of Parliament are hiding inside not listening to students," he said.

His shoe was shot off. Just for trying to get an education NationalShutDown pic.twitter.com/5byuE80Jqc

Meanwhile, the ANC is scheduled to meet with youth and student leaders on the issue of university protests at Luthuli House on Thursday.

National spokesperson, Zizi Kodwa issued a media statement earlier in the evening voicing its concern over today&39;s developments outside Parliament.

The ruling party has called for calm and urges the least disruption possible.