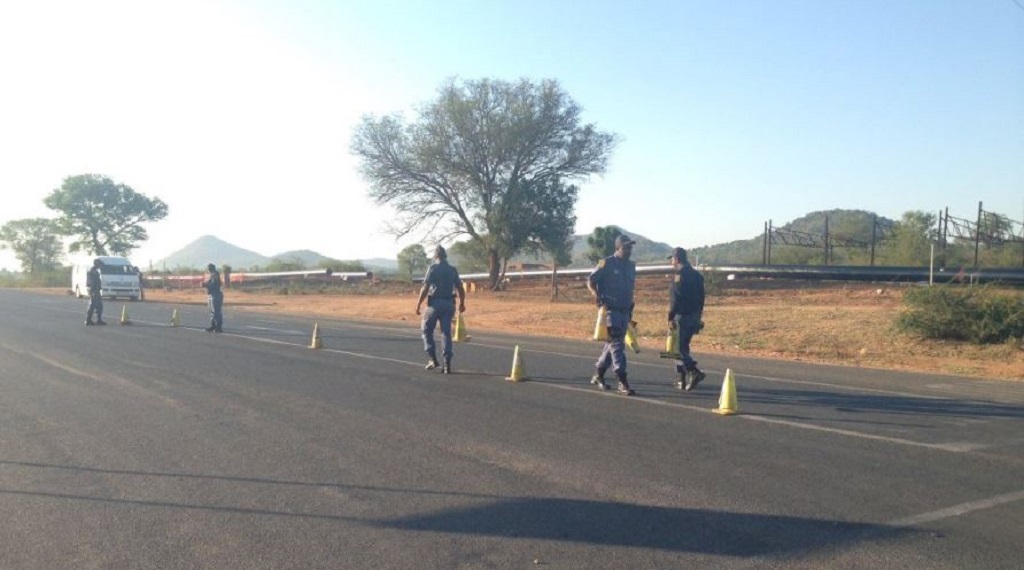 Police setting up on the main road in Vuwani. Special police units are expected here today

VUWANI - Police were taking no chances in Vuwani on Friday morning. They set up road blocks in order to search cars entering the area for weapons.

Additional police have been deployed following days of violent protests.

In the past few days, 24 schools have been extensively damaged, and the basic education department says that property damage exceeds R500-million.

Residents have been protesting against the demarcation board&39;s decision to incorporate the Limpopo town in the new Malamulele municipality.

Vuwani residents in Limpopo burnt more schools overnight as the Department of Basic Education raised its concern about the situation with the minister, who was due to meet with officials from the district and province.

“It’s a very difficult situation because it seems that even as Mariadze was on fire yesterday, another school was burning in another part of Vuwani which has brought the number to 24. And that remains a huge concern to us because after all the things you have said, schools are not open, education services are not operational. Which means we continue to lose time,” said Elijah Mhlanga from the Basic Education Department.

“The first thing we need to do is to come up with a plan. When the minister arrives here this morning there will be a meeting with officials, from the province and from the district. We’ll have to come up with ideas on how we move forward from here.”

The department further stated that it was going to be a huge task to fix damaged schools in the Vuwani area.

It said that the rebuilding of one school would take nearly a year and the funds for reconstruction might have to be sourced from other projects.

“It’s not only the time factor but it’s also the money factor,” said Mhlanga.

“Where is the money going to come from?

“At this point we don’t know because we don’t keep money waiting somewhere for situations like this. So the first thing that we’ll need to look at is where the budget is going to come from.

“What I can tell you though is that some other priorities somewhere will have to suffer as a result of the damage that has been taking place here. Because it means that we’ll have to divert funds towards rebuilding the schools. And it’s an expensive exercise.

VIDEO: @SAPoliceService searching cars at a roadblock on the main road in Vuwani eNCA pic.twitter.com/FpuzwJ5OYP