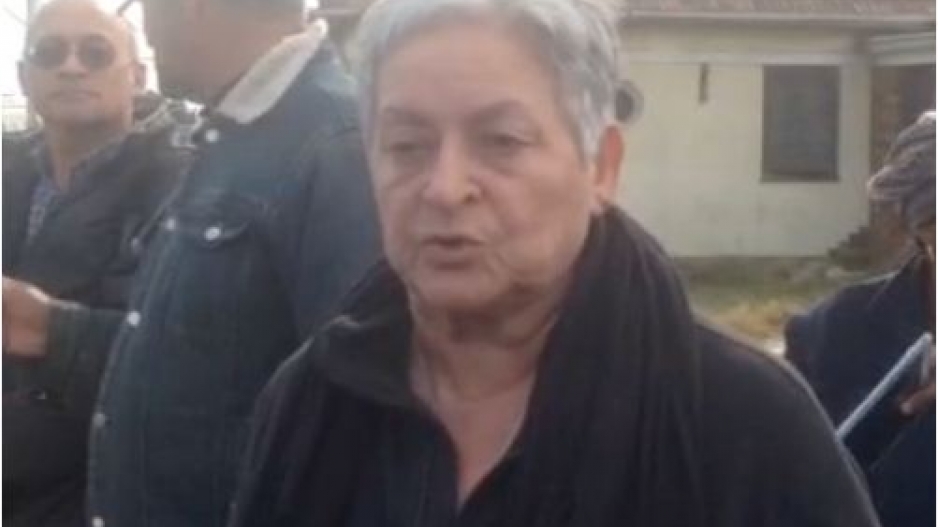 Diana Volkwyn addressing the media after her brother Michael Volkwyn was killed after a stand-off with police.

• Editor&39;s note: This is a developing story. We will bring you updates as more information becomes available. This article has been updated with additional information.

CAPE TOWN - The man at the centre of a stand-off in which a police officer was shot in the face, committed suicide.

eNCA reporter Leigh-Ann Jansen said paramedics have moved in and the area is cordoned off.

Scores of police and tactical response officers surrounded the house in Athlone where a police officer was shot and wounded on Tuesday night.

The situation began when the officer responded to a call from a person who claimed to have been attacked by the dogs.

When the officer arrived, he determined that the dogs needed to be removed.

While officers tried to move the animals, shots were fired by the 62-year-old owner.

The policeman is in hospital, believed to be in a critical condition.

&39;They don&39;t want us to see his body,&39; Volkwyn&39;s sister cries. She swears at the officers as she walks away. pic.twitter.com/bPMNsMstzi