Avron: A voice from the grave 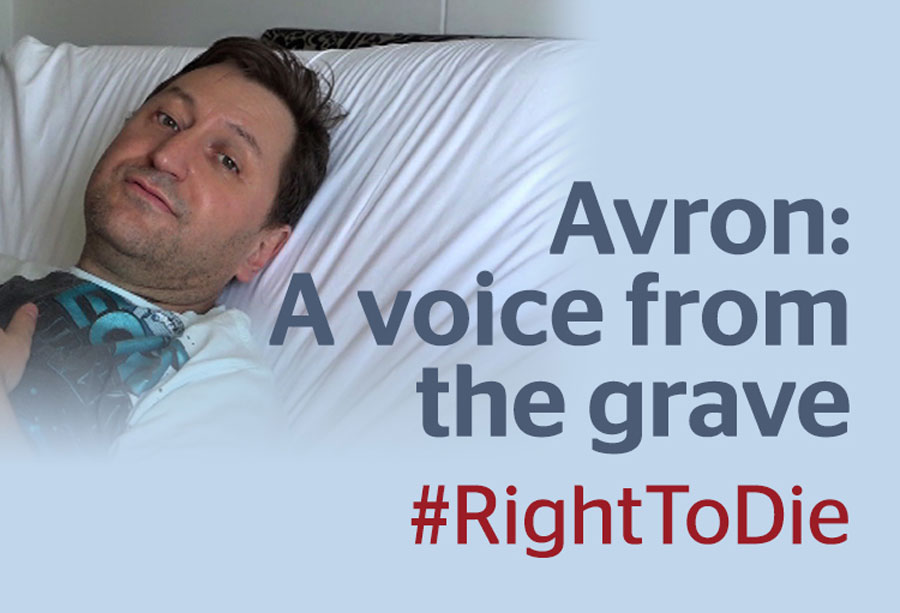 Avron Moss, who was diagnosed with virulent melanoma in August 2014 took his own life while fighting for the right to do so.

JOHANNESBURG - Should South Africans be given the right to medically assisted suicide?
An increasing number of terminally ill patients want the courts to rule that they be allowed to.
Now a new court ruling could pave the way for assisted suicide to be legal in this country. But Government says it will oppose it.
The problem with assisted suicide is that those who help terminally ill patients to kill themselves are guilty of murder.
Annika Larsen reports on one man who wanted to die on his own terms, and kept his own video diary.
The reports will start airing from 4pm on eNCA.