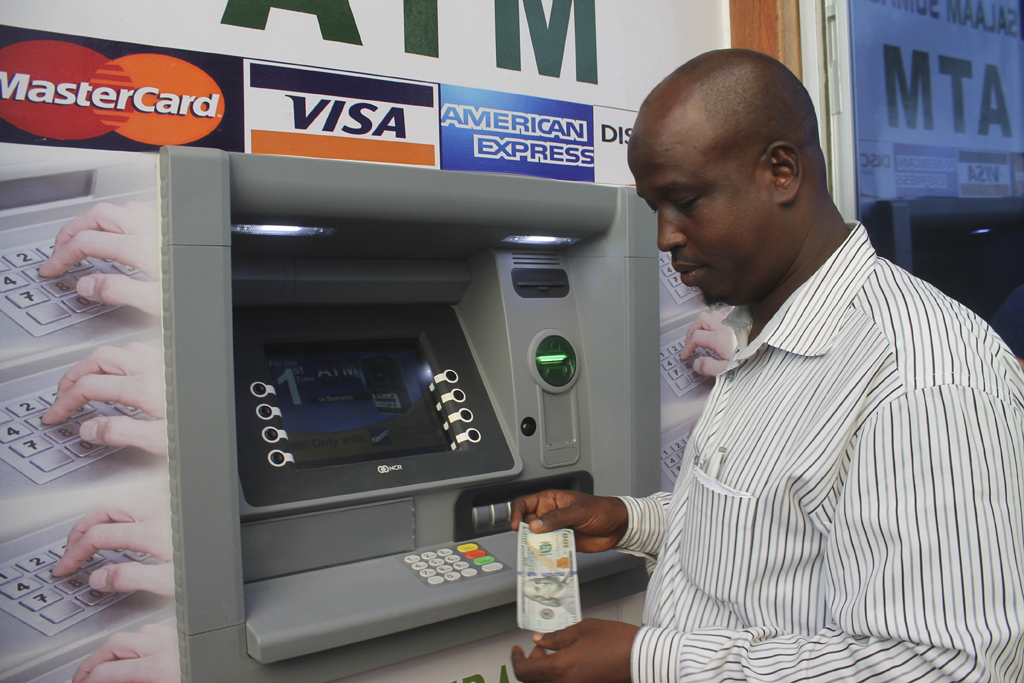 A customer withdraws a US hundred-dollar bill from an ATM, newly set up by Salaam Somalia Bank in the capital Mogadishu, Somalia, 08 October 2014.

JOHANNESBURG - A bank employee, who stole millions from his employer, is behind bars after he was arrested on Tuesday in Groblersdal, Mpumalanga.

The 30-year-old man was responsible for loading money into ATMs at the bank.

But in a carefully calculated plan, he would only load half the money into the ATM and replace the rest with fake notes.

By the time the bank picked up the criminal act, the man had already stolen over R2-million over a yet-to-be-determined period.

He was nabbed by a joint team of the Hawks anti-corruption unit and Groblersdal police after going on the run.

Authorities are not ruling out the possibility that the suspect was working with a syndicate.

He is due to appear in the local magistrate’s court on Wednesday.