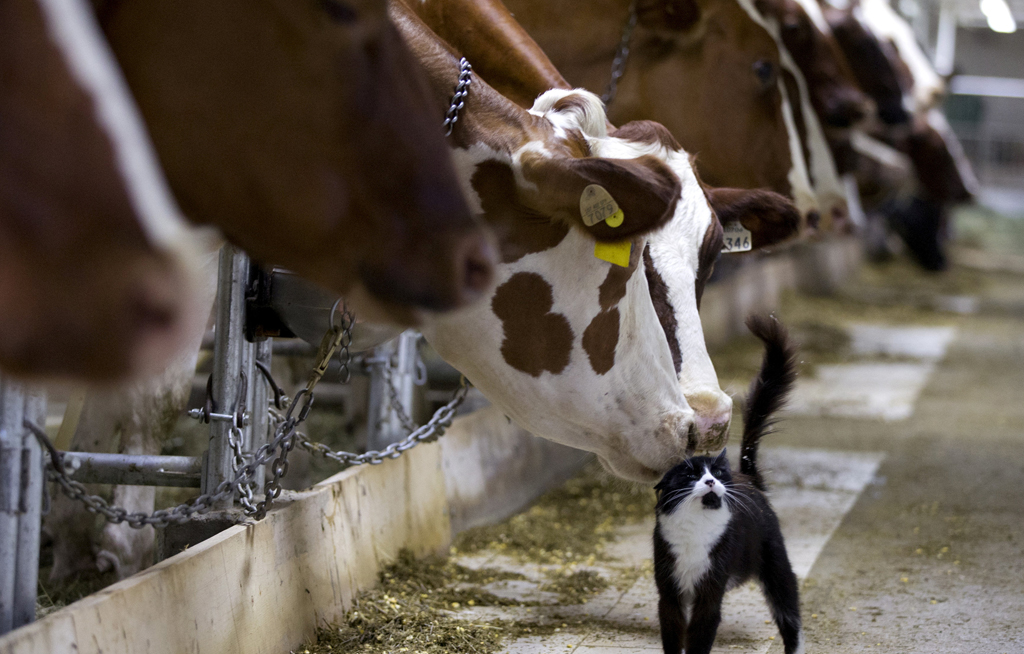 FILE PHOTO: Dairy cows nuzzle a barn cat as they wait to be milked at a farm in Granby, Quebec July 26, 2015.

JOHANNESBURG - Rumours have been spreading around South Africa that the country's in the midst of a butter shortage.

Consumers are facing higher prices at the tills, and analysts say the problems contributing to the shortage may linger for a while.

Butter producers say the ongoing drought in the Western Cape and changing consumer tastes are partly to blame.

Some chains are compensating by importing more butter from overseas.

But with winter keeping milk production low around South Africa, many are left feeling a little low on the fat.

Rian van der Merwe, spokesperson for Ladysmith Cheese, says: "“Obviously the shelves is not full as in the past. There is then a shortage, and we suspect, not only from Ladismith Cheese side but also from other major producers, are also short supplying products to the trade, and this will definitely have an effect on the consumer.”