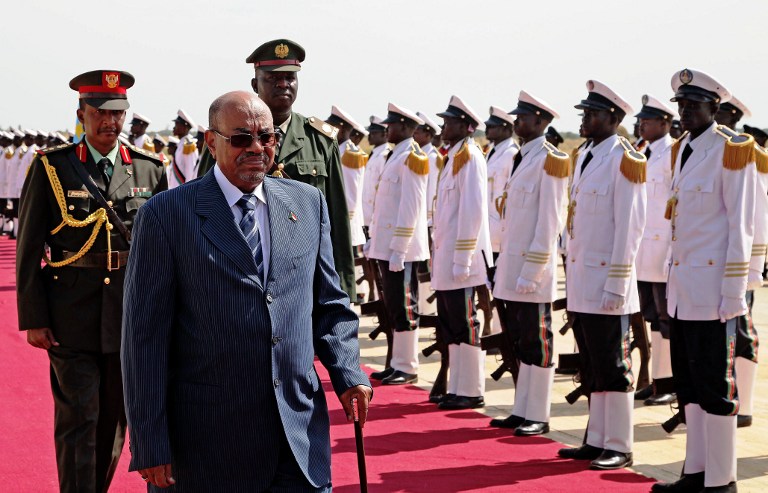 He is wanted on charges of genocide, war crimes and crimes against humanity allegedly committed during the Darfur Conflict which started in February 2003 when the Sudan Liberation Movement (SLM) and Justice and Equality Movement (JEM) rebel groups took up arms against Bashir&39;s government. The rebels accused his administration of oppressing Darfur&39;s non-Arab population.

In retaliation Bashir allegedly armed the pro-government Janjaweed militias.  The group is accused of committing ethnic cleansing, pillaging and rape against the indigenous people of Darfur. The UN estimates that between 200,000 and 400,000 people have been killed, while 2.5 million more were displaced, by the conflict. Bashir has denied arming the Janjaweed.

Bashir quick facts
Bashir came to power in 1989. The then brigadier of the Sudanese army ousted the democratically elected government of Prime Minister Sadiq al-Mahdi after it began negotiations with rebels in the south.
He has won the presidential elections three times since the coup, although these results have been disputed.
He was the first sitting president to be indicted by the ICC.
Under his leadership, the South gained autonomy from the north in 2010 and became the People&39;s Republic of South Sudan a year later.
Bashir is married to his cousin  Fatima Khalid. He has a second wife, Widad Babiker Omer, who has children from her first marriage - her husband died in a helicopter crash. Bashir has no children of his own.
Bashir joined the Sudanese Army in 1960. He studied at the Egyptian Military Academy in Cairo.
In 1975, Bashir was sent to the United Arab Emirates as the Sudanese military attach.

In the video below we bring you some background on the ICC&39;s role in Africa. Please note the video was made before a charge against Kenya President Uhuru Kenyatta was dropped by ICC prosecutors.