The battle to get SA companies to be environmentally compliant 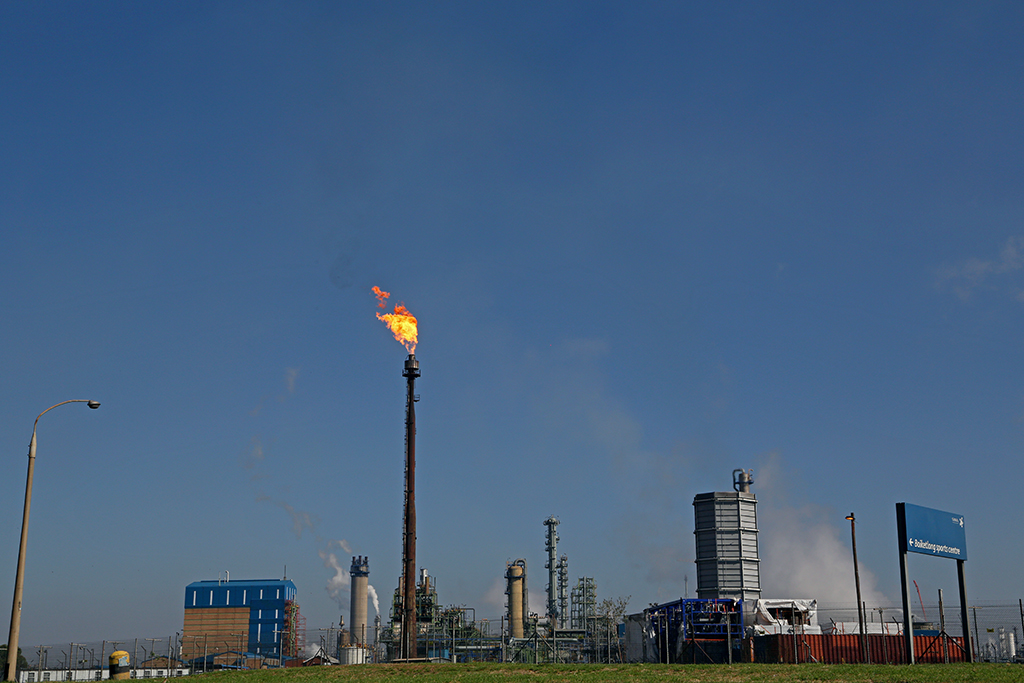 Sasol is applying for exemptions and postponements from the air quality act for its Infrachem plant in Sasolburg.

JOHANNESBURG - Eskom, Sasol, Arcelor-Mittal, BHP Billiton are names that are synonymous with major contributors to South Africa’s economy but also names that appear on government’s list of companies that are non-compliant with the country’s environmental regulations.

The struggle to get South Africa’s industrial giants to comply with environmental regulations resembles characteristics of the battle between David and Goliath.

After completing a six-month course, these officials now have the power to sign and issue compliance notices to businesses that are breaking environmental regulations. They can also stop vehicles and aircraft suspected to be carrying smuggled goods.

One of Gauteng’s more than 60 inspectors is 32-year-old Mary-Jane Ramahlodi who says her job involves a lot of persuasion, “Its challenging going to meet people that you haven’t met before and telling them that they are committing a crime.”

“Then when you tell them there are fines involved that they will have to pay  - people are not willing to lose money just like that.”

A game of persuasion

Outside of SANParks, Gauteng has the highest number of EMI’s in the country but the new appointees have no easy task ahead of them.

Lawrence Badenhorst, an official in the enforcement division of the Department told the new inspectors that they are joining a small but dedicated team but had a major challenge ahead of them, “Gauteng has very rich industries and they have enough money to pay great lawyers.”

Once the issue of non-compliance is discovered, the process of getting the companies to meet regulations is not so simple.

Inspectors cannot simply charge companies for breaking the law, they first issue the perpetrator with a compliance notice, after which the company in question is given a period of time to respond with a report on how they intend to meet regulations.

Only if the company doesn’t respond to repeated notifications of non-compliance and continues to exceed the amount of air pollution allowed or continues to dump waste illegally can the inspectors warn that the company may have to pay a fine and face criminal charges.

Eskom and Sasol are both currently compiling their applications for postponements and eexeptions from regulations in the minimum emission standards  for new and existing plant standards in the National Environmental Management: Air Quality Act.

Eskom is applying for exemptions for two thirds of its coal-fired power stations saying emissions of sulphur dioxide, particle matter (ash) and nitrogen oxides will exceed the minimum standards at these plants.

Sasol in their background information document have argued that because their emmissions on not at ground level, they are perhaps not as harmful to human health as burning coal and wood in households is.

While the Department of Environmental Affairs has stated on various occasions  that it will not destroy industries that create jobs in the interest of mitigating climate change, it has not responded well to the “not at ground level” argument.

Deputy Director-General Ishaam Obada says they will look at each application on a case-by-case basis, “If they&39;re not at ground level it doesn’t mean that they&39;re not harmful.”

Obada says that if companies cannot meet the regulations of the law they need to show, in good faith, their plan to meet the standards and become compliant.

“We need to remember that our standards are actually going to get stricter. From an industry persective they are going to have to change their processes and show us how they&39;re going to come into compliance by outlining what&39;s actually required of them to meet the new thresholds,” explained Obada.

The air quality act has recently been amended in Parliament to include a fine of R5-million for companies that don’t meet standards. This would be charged to the company per non-compliant incident, which could add up to a much higher number.

Obada says this system of fines works well for the country.

“The fact that there is going to be an impact on the bottom-line is a detterent for would-be polluters,” said Obada.

“Although our legislation is generally adequate, the fact that fines and/or imprisonment imposed by the criminal court are the default punishment for breaching environmental legislation is hugely problematic,” said Hugo, a lawyer at he Centre for Environmental Rights.

A better system would be to introduce a system of non-criminal penalties issued by an independent body without the headache of a time-consuming and labour-intensive court battle.

Environmental issues are not high up enough on the list of crimes national prosecutorial authorities need to deal with, Hugo told eNCA.com

“Many cases are dismissed - for policy or technical grounds, or because the prosecutor takes the view that it is not in the public interest to prosecute.”

“Criminal measures are not aimed at preventing or repairing environmental harm. This harm has already been done by the time the prosecution is instituted.”

“Since it is difficult to obtain a criminal conviction and an appropriate penalty, authorities are discouraged from prosecuting environmental crimes. This sustains the poor prosecution rate, resulting in a compliance deficit.”

The burden of illness caused by non-compliance

Monitoring the levels of toxic chemicals on its own doesn’t help one to know how communities are affected, said environmental epidemiologist and health scientist Rico Euripidou.

“We’re not in an ideal position to estimate the environmental burden of disease - additionally because of poor environmental and health statistics.” Said Euripidou, research manager at groundWork SA.

In order for environmental law to work in South Africa, for it to adequately protect the people’s rights to live in a clean environment, disease registries health statistics (asthma and cancer) are needed to show the burden of disease from environmental exposure Euripidou told eNCA.com.

A carrot and stick approach would work for achieving environmental compliance. “Stick for serial offenders and carrot for those who demonstrate a willingness to achieve compliance” said Euripidou.