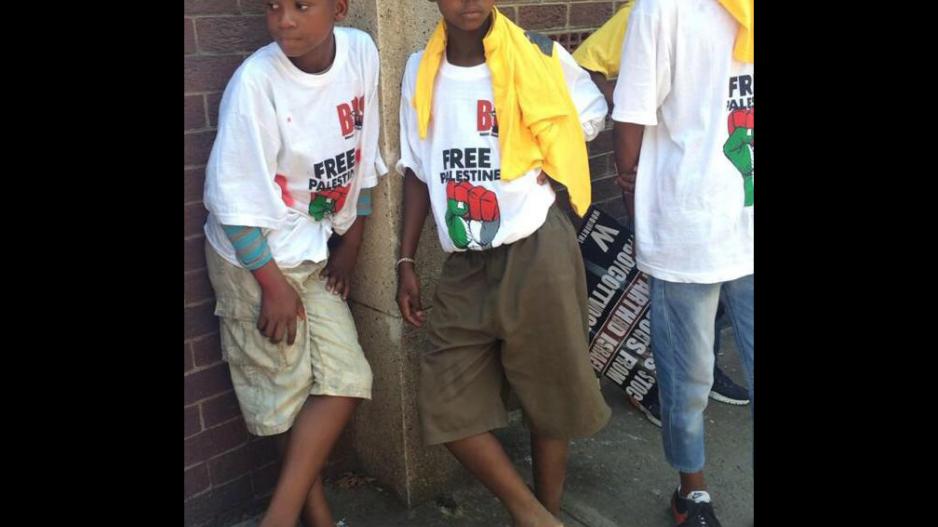 Over 40 anti-Israel activists from the group Boycott Divestment and Sanction (BDS), were arrested while staging a flash protest at the Woolworths at the Killarney mall, Johannesburg on Saturday morning.

JOHANNESBURG - Over 40 anti-Israel activists from the group Boycott Divestment and Sanction (BDS), were arrested while staging a flash protest at Woolworths, Killarney Mall, Johannesburg on Saturday morning.

The BDS members  want Woolworths to stop sourcing food from Israel. The group is unhappy that the company is sourcing around R15-million worth of food products from Israel annually.

Protest leader Sumayya Omar said, "We are saying to Woolworths, terminate those trade links with Apartheid Israel. Stop trading with that Apartheid state of Israel."

Amongst those detained were Obakeng Chikane, the son of anti-apartheid sruggle stalwart, Reverend Frank Chikane. Chikane is a leader of the ANC Youth League in the Johannesburg region.

Several children were also amongst those arrested.

Many shoppers were irritated b the protests.

"I think it’s pathetic - it should be freedom of choice. Each person should be able to decide for themselves if they want to go and shop there or not," said a shopper.

"Hardly any Muslims in this protest. I feel in my opinion this protest is being used for a pro-Islamic agenda," said another.

After leaving Killarney, the protesters tried to make their way to Woolworths, Rosebank, but were arrested and taken to the Hillbrow Police station for demonstrating without permission.

The were accused of violating section 12 of the Public Gatherings Act. BDS officials claim they were incorrectly arrested.

Naser Tayob, BDS attorney said, “They should have arrested them at the store while they were protesting. That makes sense, they were contravening the public gatherings act. They were already in the bus and ready to leave when they were arrested."

Thirteen activists were also detained at Woolworths Blue Route Mall in Cape Town earlier in the morning. Woolworth’s management demanded that the activists give up their footage before police arrested them.

Woolworths confirms it sources less than 0.1% of its food from Israel.

The company has chosen not to comment on the arrests.