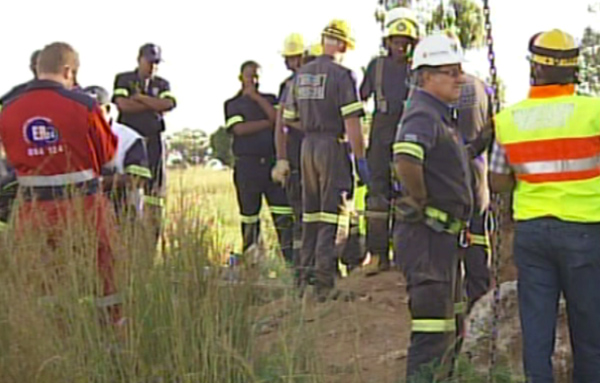 JOHANNESBURG - Emergency rescue workers on Sunday afternoon freed eleven illegal miners who were trapped in an abandoned mine in Benoni, east of Joburg.

About 19 others were said to have refused to be rescued.

The miners were discovered earlier on Sunday during an Ekurhuleni Metro Police routine patrol.

An eyewitness told eNCA that a rival group of miners pushed boulders over a shaft after robbing the trapped miners.

There were conflicting reports about the number of people trapped underground, but Emergency Medical Services spokesperson Rogers Mamaila said his team could confirm that only 30 miners were trapped.

“The issue of 200/300 and the 30 number. We know of the 30 confirmed. The issue 200/300 it is not true up to so far. However because of we are dealing with illegal mining anything is possible. We’ll not rule it out, but we’re thinking as rescuers it’s not possible,” said Mamaila.

No fatalities or injuries were reported.

Rescue operations were expected to continue into the night.