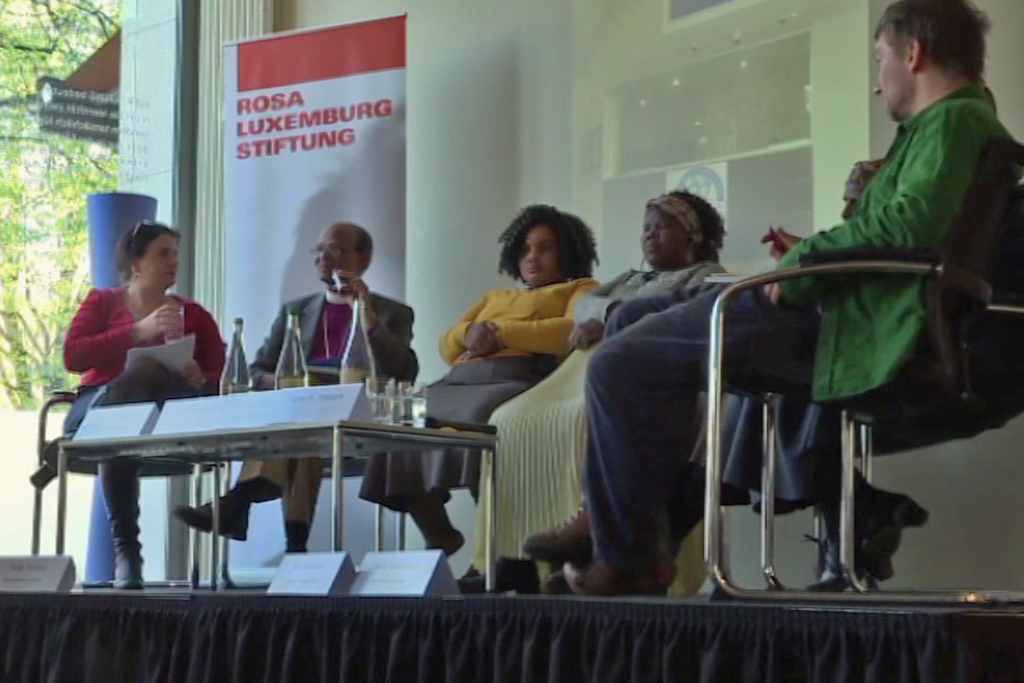 Global news coverage of the 2012 Marikana massacre exposed the need for better working conditions and wages for miners. But in the four years since the tragedy, it appears very little has changed.

JOHANNESBURG - Global news coverage of the 2012 Marikana massacre exposed the need for better working conditions and wages for miners.

But in the four years since the tragedy, it appears very little has changed, and a series of talks across Europe aim to address this.

A speakers tour is underway across Europe, drawing attention to the working and living conditions of miners in South Africa.

Mine owner Lonmin, a British company, was found to be partly responsible for the Marikana Massacre. But panellists said mining giants are still not doing enough for their workers.

“I think Lonmin can do some more because working in mining is very hard and difficult, there are diseases like TB, and the worker when he comes from underground he needs a proper place just to relax,” said Ntombizolile Mosebetsane, who lost her husband during the Marikana police shooting.

The speakers tour is about highlighting concerns over the working and living conditions of miners in South Africa.

The Federation of Unions of South Africa (Fedusa) said that the country&39;s mining industry was “considered the most dangerous to work in”.

With the International Day for Occupational Health and Safety marked on Thursday, Fedusa general secretary Dennis George said that “many cases of occupational accidents and related deaths” occurred in the mining industry.

Singling out the tragic incident at the Lily Mine in Mpumalanga, where three miners have remained trapped underground since February, George said: “It is important for government, business and organised labour to focus attention on participating actively in securing a safety and health culture in workplaces in terms of the Occupational Health and Safety Act.”

George added: “It is therefore important to strengthen the existing culture of health and safety in the mining industry through promoting learning and building capacity to make the workplaces safer and healthier.”

He said ground and transportation accidents were “still major causes of fatalities, despite a gradual decrease over recent years”.

George called on all employers and social partners to play a role in building a safer, healthier working environment at all levels.