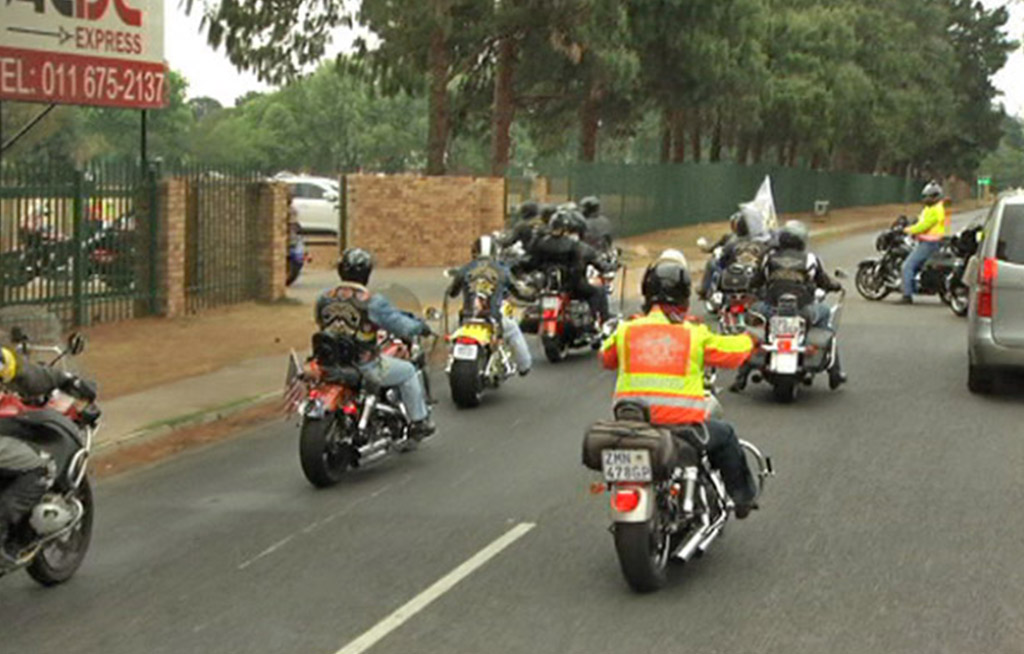 A group of bikers took to the streets of Johannesburg on Saturday to create awareness around road safety. They travelled a collective 160-kilometres around the city and surrounding areas to get their message across.

JOHANNESBURG - A group of bikers took to the streets of Johannesburg to create awareness around road safety.

They travelled a collective 160 kilometres around the city and surrounding areas to get their message across.

With the festive season fast approaching, road safety is a concern around the country.

In 2013 South Africa was ranked the worst out of 36 countries in a Road Safety Annual Report conducted by the International Transport Forum.

"South Africa is arguably the top of the list, on the African list for deaths on the roads, right up there with the world as well. So we gotta change the way we behave on roads, what we do, we cannot eliminate it, but events like this can go some distance to save some lives and reduce deaths…" Darrel Strydom of Africa Road Event said.

"There has been an increase in motorcycle accidents. We would like to urge motorists to take extra caution when driving, to use their mirrors to ensure that when changing lanes, there are no motorcycles between the vehicles and between the lanes," said Santi Steinmann of Netcare 911.

Road fatalities tend to increase during the festive season.