Biko: Die for an idea that will live 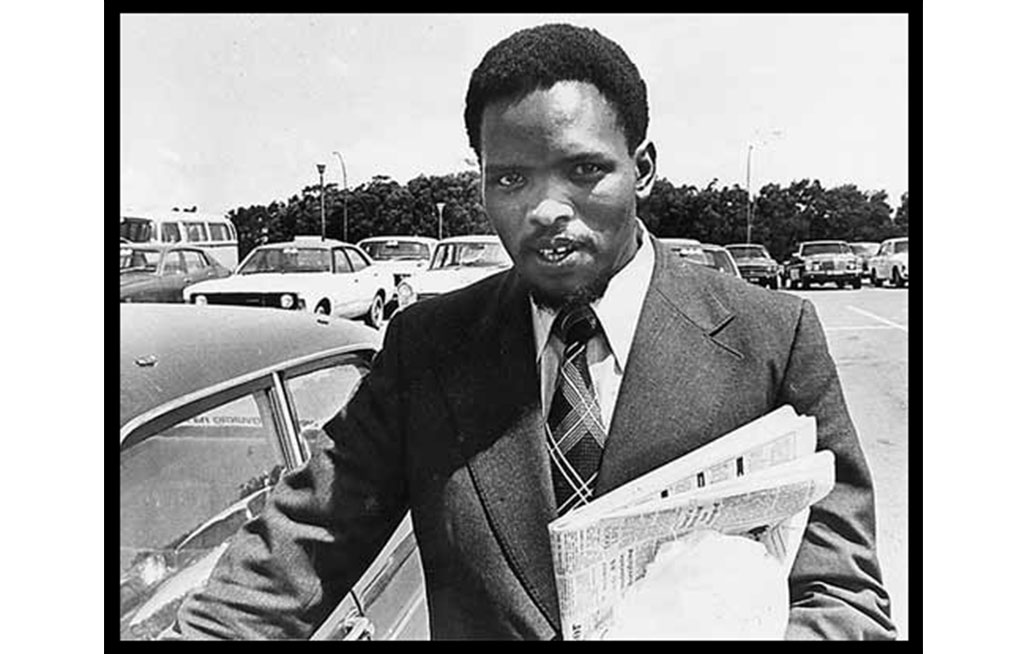 JOHANNESBURG - A legal battle over the autopsy report on Stephen Bantu Biko&39;s death in police custody continues, as many remember the political heavyweight&39;s birthday.

Biko was a prominent figure in the Black Consciouness Movement (BCM) and famously authored the book, &39;I Write What I Like&39;. He would have been 68 years old today.

Weeks ago, Biko&39;s family issued an ultimatum to siblings Clive and Susan Steele, insisting they return the autopsy documents.

The Steele family received the documents after their mother Maureen died. According to reports, she had been given the papers for safekeeping.

However, a professor at the University of Witwatersrand (Wits) says the documents were stolen in the early 1990s.

Maureen Steele was the personal secretary to Dr Jonathan Gluckman, the pathologist appointed by the Biko family.

Westgate Walding Auctioneers were set to auction the report, with bids expected to begin at R70,000.

A high court order blocked that auction and now lawyers acting on behalf of the family are arguing for the return of those papers to the family.

The auction house website lists the documents relating to Biko from 1977 as containing certificates from pathologists, a certificate in terms of the Criminal Procedure Act of 1977, and the post-mortem report.

Biko died in custody following brutal torture - which included beatings and being chained up - by police in September 1977.

The details of his arrest, imprisonment and death were the subject of countless print articles at the time, as well as a feature film, Cry Freedom.

Biko was the third-born child of a government clerk and a domestic worker.

One biographer wrote that the BCM leader should be celebrated in life and not death.

“Steve Biko’s greatest historical achievement remains that of restoring the humanity of a defeated and despised people,” said Xolela Mancu in the introduction to his book on Biko.

“Liberals waste a lot of time trying to prove to as many blacks as they can find that they are liberal.” http://t.co/uWQQXNuRvP Biko

Bahlali, read Biko to understand Biko. He was much more than a few Google quotes. Even those quotes don&39;t do his work justice.

Steven Bantu Biko, student leader and black-consciousness activist, would have been 68 today. pic.twitter.com/pIWtV45ruw

Biko&39;s political project focused on materially and psychologically empowering Black people who were denigrated under the prejudicial laws of apartheid South Africa.

As a student leader, Biko became disillusioned with white liberals in the National Union of South African Students (NUSAS). During a conference in Grahamstown, students were segregated into different-quality accommodation according to their race.

Angered by this, Biko and some colleagues founded the South African Students&39; Organisation (SASO) of which he was the first president.

Biko and a colleague, Peter Jones, were arrested during a police roadblock and taken into custody on 18 August 1977.

They were driving back to the Eastern Cape from Cape Town, where they attended political meeting, in violation of a house-arrest order.

At the time, Minister of Justice, Police and Prisons, James Kruger, issued a statement claiming Biko had “refused his meals and threatened to go on a hunger strike” on 5 September 1977.

“On 12 September Mr Biko was again examined by a district surgeon in Pretoria and received medical treatment. He died on Sunday night,” said Kruger.

However, an inquest showed Biko died as a result of brain injuries.

In 1997, one of the policemen involved, Colonel Harold Snyman, testified before the Truth and Reconciliation Commission (TRC).

Snyman acknowledged that police left Biko unattended for a day after beating him unconscious, as reported in the Lawrence Journal.

The details of police brutality and the violent nature of Biko’s death made headlines worldwide.

By the end of 1977 the apartheid government had disbanded several BCM groups and arrested their leaders.