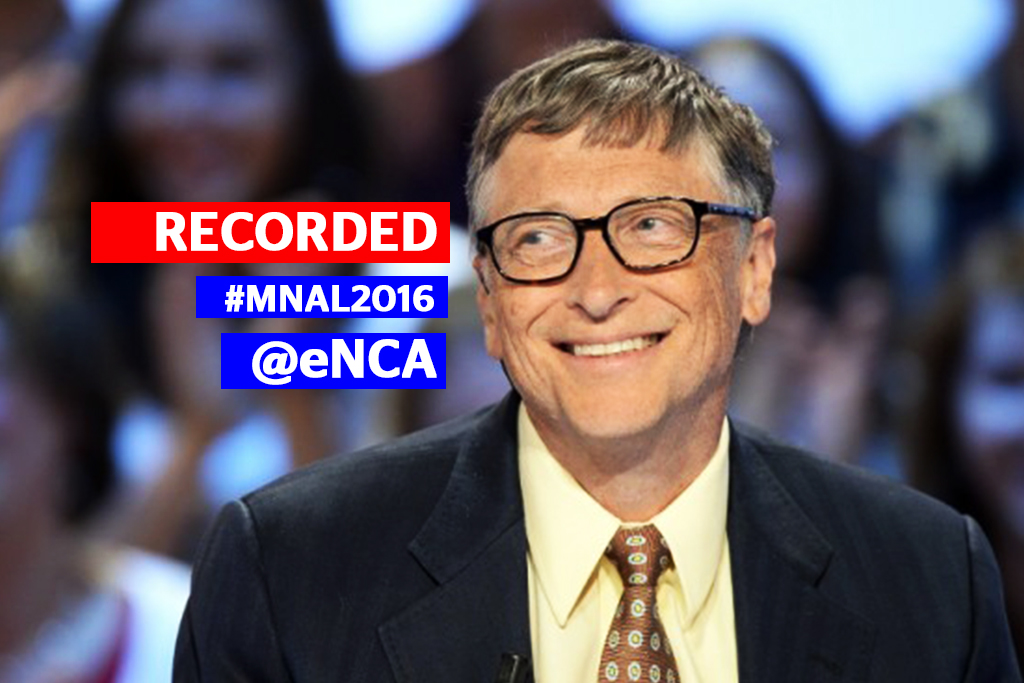 This live stream is now over. You may watch the recording in the embed below.

The lecture was held at the University of Pretoria’s Mamelodi campus on Sunday. The foundation said the lecture was dedicated to the many residents of the township who gave their lives in the struggle for liberation and democracy in South Africa.

The theme for Gates’s lecture was "Living Together" in which the philanthropist would laid out his vision of how to create a better world for all.

Gates said Nelson Mandela would be remembered for generations to come "for his courage, his vision, and his relentless pursuit of equality and justice”.

“Previous speakers in the lecture series have shared thought-provoking insights about how we can create a better world envisioned by Nelson Mandela. I’m privileged to add my voice to the conversation this year," Gates said in a joint statement with the foundation.

"For hundreds of millions of people life is better today than it was a generation ago, but there is so much more we can, and must do, to make that a reality for people everywhere."

According to the foundation, the annual lecture is its flagship programme to honour its founder, Mandela, and to raise topical issues affecting South Africa, Africa, and the rest of the world.

Mandela, who was the first democratically elected president of South Africa, died in December 2013, aged 95.