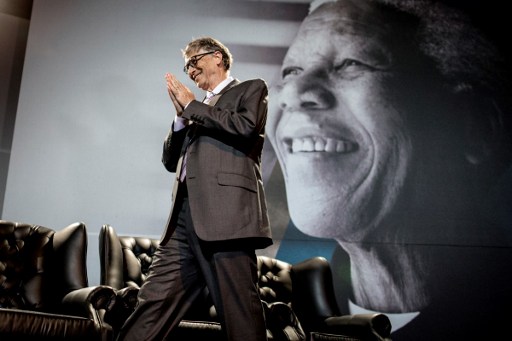 Bill Gates delivered the 14th Nelson Mandela annual lecture at the University of Pretoria on Sunday.

PRETORIA - Africa should focus more on developing young innovators that will drive the continent’s growth. So says Microsoft founder and philanthropist Bill Gates.

Speaking at the 14th annual Nelson Mandela Foundation lecture in Mamelodi, Pretoria Gates said priority should be given on eradicating malnourishment, improve access to education and improve economic opportunity.

The Bill and Melinda Gates Foundation also said they will invest $5-billion in Africa over the next five years.

The foundation has already invested $9-billion on the continent over the last 15 years.

Gates says many of the challenges facing the continent lay in the hands of young people.

He says while the continent has made great strides in addressing the scourge of HIV/Aids, much still needs to be done.

In sub-Saharan Africa, more than 2,000 young people under the age of 24 are newly-infected every single day.

The number of young people dying from HIV has increased fourfold since 1990.

Gates says more creative ways must be developed to test for health-related threats.

‘We have more young people who are at risk of being infected. Epidemics in general like Ebola, Zika. Something there could come along," he said.

Addressing the impact of climate change on the continent, Gates said it makes him angry that Africa is suffering the worst effects of climate although Africans had almost nothing to do with causing it.