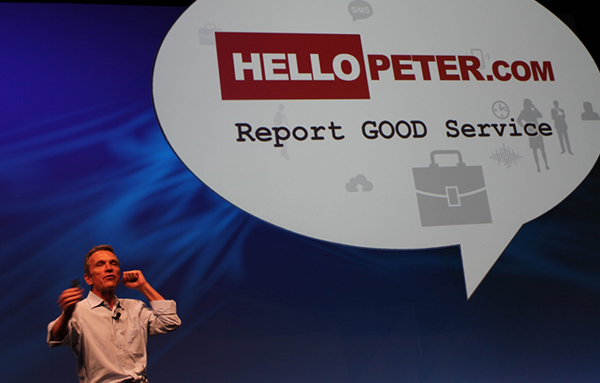 Peter Cheales, founder of popular consumer website HelloPeter.com, has said goodbye as he hands the website over to new owners.

In a farewell letter to users of the site, Cheales wrote that after being at the helm of his brainchild for the past 15 years, it was now time for him to hand things over to a new team.

“It’s a bittersweet time for me,” he wrote.

“I started Hellopeter in 2000, and have worked at it every day since. It was just an idea.

"After all, there was nothing to replicate. No such thing as social media. Facebook hadn’t been created. Neither had Twitter. The word &39;blog&39; hadn’t been invented.”

HelloPeter has grown into the biggest customer service site in the world, and will now be headed by “a dynamic new team of entrepreneurs”.

Cheales said he would continue to “watch from the sidelines”, and would now dedicate his time to his other passions – writing and speaking at conferences.

“My biggest thanks goes to you, the customers. Without you, there is no site. You have written great reports, you’ve been polite and courteous, and I hope that you’ve got the results you so deserve,” Cheales wrote.

According to mybroadband, Cheales has sold HelloPeter.com to a South African consortium of entrepreneurs for an undisclosed amount.