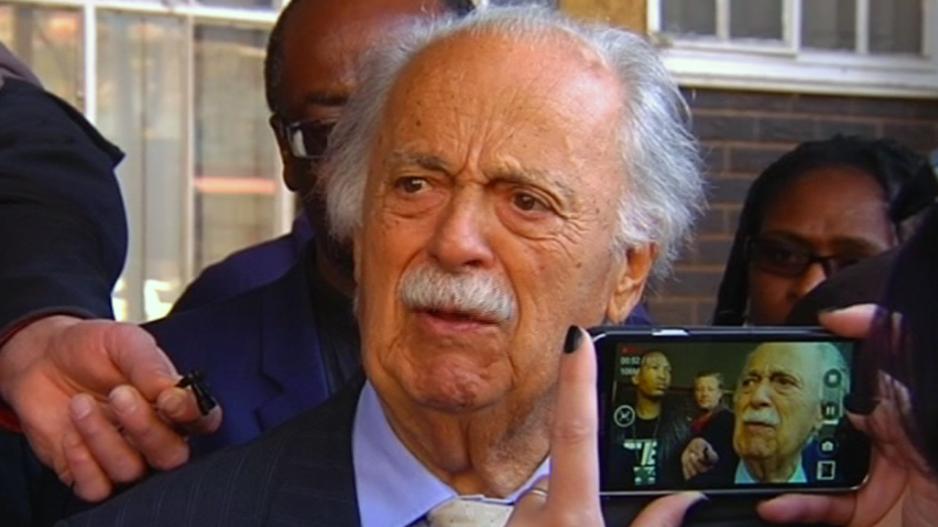 Pretoria, 25 August 2016 -The Helen Suzman Foundation together with other activists say they're against the persecution of the finance minister. Human rights lawyer George Bizos speaks outside the Hawks offices in Pretoria.

This was regarding their alleged involvement in the establishment of the so-called rogue unit at SARS.

Bizos said this cause was important to him because part of his job as a lawyer is to ensure that the law is followed justly.

"We are concerned about the future of justice and law in South Africa.

"Judge Kriegler and many others, like the Helen Suzman Foundation, have fought apartheid for many years.

"We are concerned that the events of the past are being repeated.

"Now we stand by the minister of finance; we hope that the people of South Africa will stand by him and that this prosecution is nipped in the bud," said Bizos.

Kriegler said the Hawks are being used to serve the interests of politicians and this is an abuse of power aimed at humiliating the minister of finance.

“I’m convinced that there’s not a tittle of evidence against the minister,” said Kriegler.

“We know that, whatever the motives, the agency being primarily used to pursue the campaign is the Hawks, which is headed by a man whose appointment and fitness for office are currently being challenged in the courts.

“So is the hounding from office of his predecessor and the effective destruction of the senior command structure of not only the Hawks but of IPID and, even more ominously, the National Prosecuting Authority itself,” said Kriegler.

On Wednesday night the minister released a statement saying that he would not be presenting himself to the Hawks based on advice from his lawyers.