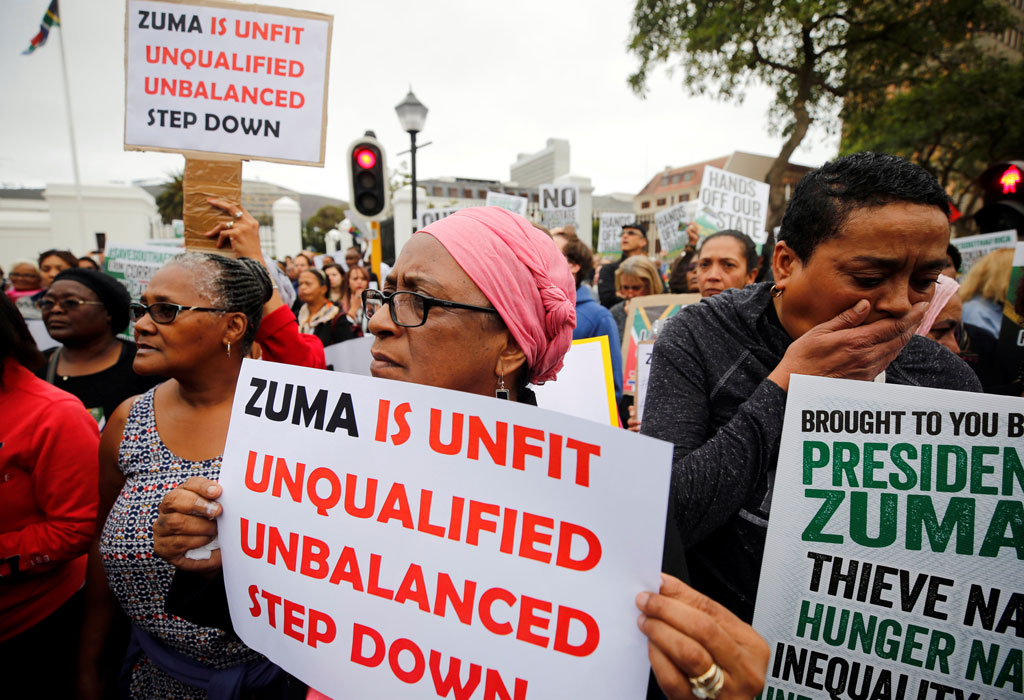 PRETORIA - Civil rights groups, motivated by the controversial cabinet reshuffle, called on South Africans to wear black on Monday 3 April and to march in protest.

But on various social media platforms the campaign for Black Monday seems to have created more racial divisions than support.

While many have shared the message of Black Monday, as of Monday morning, the campaign seemed  to not have had the desired effect.

READ: Saftu to resume campaign against corruption on Monday: Vavi

The #BlackMonday website created by the self-proclaimed “ordinary concerned citizens of this nation"  stated: The time has come for all of us to unite behind the values enshrined in our Constitution.

That there is a duty on all of us to uphold and protect these values by holding our government accountable to their Constitutional mandate.

We wish to dispel the myth that these irrational actions have and will contribute to our economy.

We can no longer be passive. Let us start the change we wish to see in our beloved country, and save the legacy that Nelson Mandela, Ahmed Kathrada and liberation leaders fought for.

This was twitters reaction:

Won't ever see me standing side by side with white folk in protest against the government.. #Blackmonday pic.twitter.com/NImIjnNGzs

there more media personnel and cameras than protesters and at the #BlackMonday, #SaveSA and #OccupyTreasury protest, they will never previl

#BlackMonday is a protest to make sure SA economy remains in the hands of the west
explain how is the west a better criminal than guptas?

Dear #Blackmonday people. Blacks protest everyday in this country with no help. If you feel the need to toyitoyi go ahead on you own.

I'm not wearing a black t-shirt to protest with #BlackMonday. I'm wearing one because I'm fat and it's slimming. #PleaseDon'tTalkToMe

So we can protest together against the ANC, but when we march for free education we hooligans? #Blackmonday

Boycotting #blackmonday. Will never protest/ support people who call us barbarians & then turn around and want our numbers at their protests