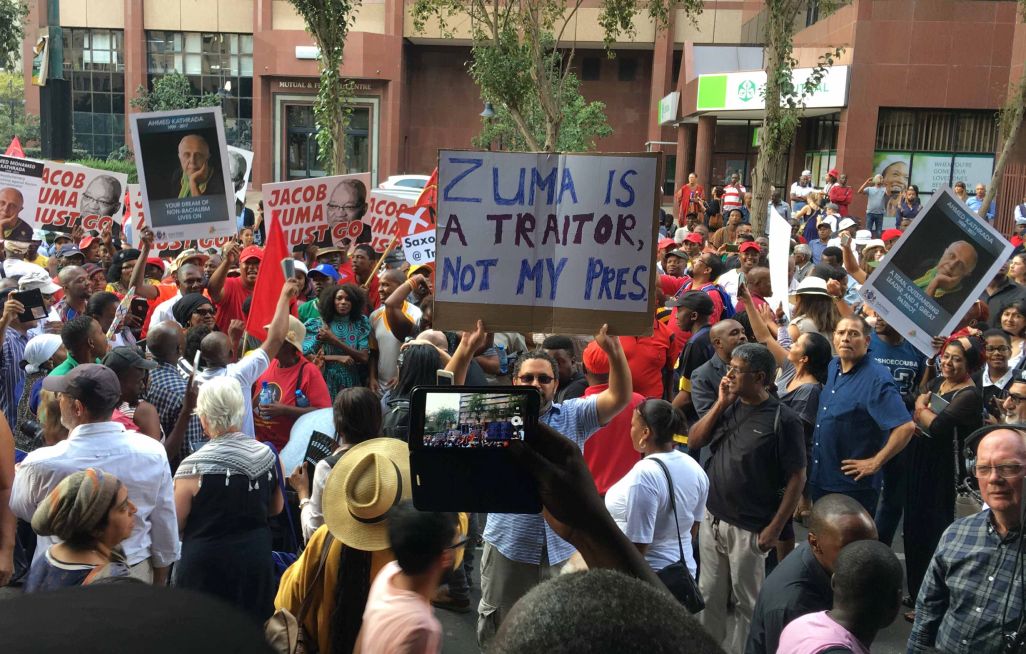 A crowd gathered outside the Johannesburg City Hall, after the memorial service for Ahmed Kathrada on 1 April, 2017, calls on President Jacob Zuma to resign.

PRETORIA - Civil rights groups will take to the streets on Monday to protest against the cabinet reshuffle.

Save South Africa, Secton-27 and Corruption Watch are among the organisations that will take part in the mass action.

The groups are requesting the public to show their solidarity by wearing black, but some are questioning the motives of the organisers.

To those unhappy with recent events, support #BlackMonday, wear black in solidarity tomorrow, unite to uphold the values of our Constitution

President Jacob Zuma relieved Pravin Gordhan and Mcebisi Jonas, among others, of their ministerial positions, significantly weakening the rand against major currencies.