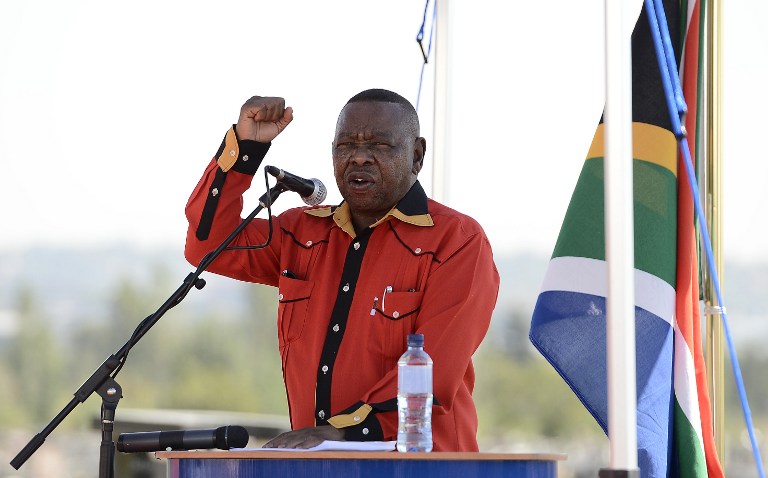 File: Minister of Higher Education and SA Communist Party head, Blade Nzimande at Chris Hanis memorial on April 10, 2013. Nzimande has made amendments to the Higher Education Bill which could be considered unconstitutional.

JOHANNESBURG - Minister of Higher Education and Training, Dr Blade Nzimande has called for a boycott of Israeli academic institutions after being snubbed by that country&39;s authorities.

The Higher Education Minister was denied entry into Palestinian territories.

Nzimande says he and three officials applied for an Israeli visa through normal channels, but were denied without explanation.

He had been invited by his Palestinian counterpart to launch the Centre for African Studies.

Nzimande believes this to be an attempt to punish him and the South African Communist Party, for supporting the Palestinian struggle.

The Israeli Embassy has refused to comment, saying this was a consular matter.