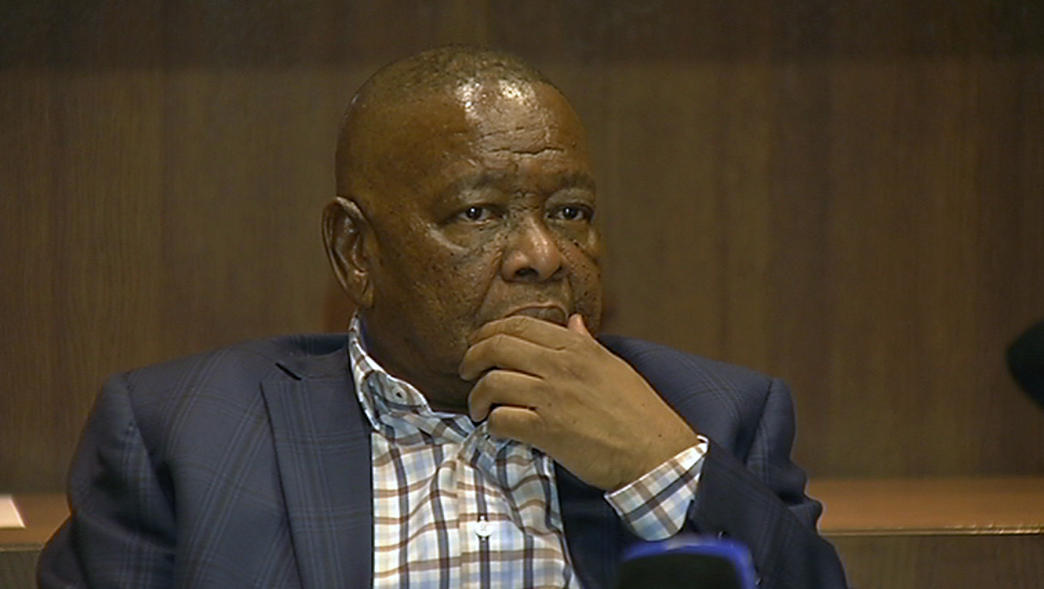 Johannesburg, 13 August 2016 - Higher Education Minister Blade Nzimande seems to be have limited options in resolving the stalemate with students.

JOHANNESBURG - Higher Education Minister Blade Nzimande seems to be stuck between a rock and a hard place.

On the one hand, students are threatening to protest if university fees are hiked next year.

On the other, universities say they simply can’t afford another zero-percent increase.

It is up to the minister to make a decision, but he has already postponed a scheduled announcement on the matter.

“Government has no money, we have checked that with the Treasury and there is no money,” said Department of Higher Education and Training spokesman Khaye Nkwanyana

At a media briefing on Sunday following a four-day national executive council (NEC) meeting, ANC secretary-general Gwede Mantashe said "The NEC resolved that the principle of no-fee increases in universities should remain in place to give a chance to a consultative engagement with all stakeholders in order to arrive at an economically viable and affordable cost of higher education"

On Friday, Higher Education Minister Blade Nzimande indefinitely postponed an announcement on whether there will be a university fee increase in 2017.

The Council on Higher Education has recommended that the increase be linked to inflation at around six percent.

University of Johannesburg researcher Ahmed Essop said: “A six-percent fee increase doesn’t take into account the difference between the fact that the state subsidy to higher education has been declining over a number of years.”

The council warned that if there is no increase, 19 institutions will be in a worse financial position.

The SA Union of Students has already threatened to shut down universities if any fee increments are implemented.

We were clear we want FREE EDUCATION+DECOLONIZATION+End outsourcing. You all negotiated 0% fees increase+ accepted cheques from corporates----

I don&39;t want FeesMustFall to be reduced to an &39;annual event&39; of students putting themselves on the firing line for an unresponsive gov&39;t

The Fees Commission, tasked with assessing the feasibility of free education, is carrying out public hearings, but some students have boycotted these.

It&39;s absolutely ridiculous that the FeesCommission is doing this now & throwing around Feasibility on the eve of a new fee increase

How black people still have faith in commissions after they have failed us, confuses me. FeesCommission is bound to be a failure.

Essop remarked: “I think the students are right in the sense that if you set up a commission you create the expectation ... that its recommendations would be considered by government before it makes a decision for next year.”

The National Treasury says if money is reallocated to ensuring free tertiary education for all, South Africans must be prepared to face the repercussions.

The deputy director-general of Treasury&39;s budget office, Michael Sachs, said: "We’ve budgeted on the basis that we will return to normal fee increases but of course we ... we will be prepared to respond to changes if they are there, although it would be much better if there was a social agreement about how to move forward on this so that we don’t end up compromising other important government functions."

An announcement of anything other than a zero percent increment will probably be rejected by students.

The Pan Africanist Student Movement of Azania (Pasma) is threatening to shut down not only universities this week but the entire country if its demands for a free university education are not met. The organisation says it is in talks with workers who will join any planned protest action.

Pasma spokesperson Vusi Mahlangu said: "Our parents made it clear that they are behind the Fees Must Fall Reloaded campaign. This time around their support will not be spiritual. They will join the students in the picket line. Just like students joined them in the picket line when they were fighting against outsourcing.”

Gauteng Sasco deputy-chairperson Sthembiso Ndlovu said: We&39;ve advised all our students at all institutions of higher learning, starting from tomorrow (Monday) we&39;ll be addressing a mass meeting at the University of Pretoria to try and set the way forward."

Universities say they have measures in place to respond to possible protest action by students.