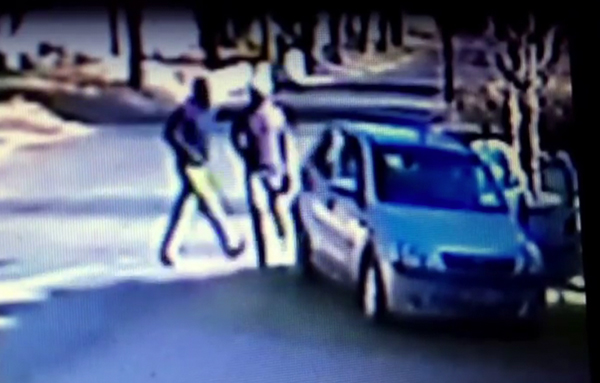 Johannesburg, 03 June 2015 CCTV footage captured this car hijacking that happened in Blairgowrie, Randburg on Monday at 9.15am.

JOHANNESBURG – A recent CCTV footage clip showing a hijacking in broad daylight has Randburg’s quiet suburb of Blairgowrie on edge.

A woman was picking up her granddaughter on Nielson Drive just after 9am on Monday to take her to play at the park. But while she was strapping the two-year-old girl into the back car seat, two armed men approached her.

According to reports, they put a gun to the woman&39;s head and demanded her car and valuables.

Luckily, the woman reacted calmly and used the car keys as a bargaining chip to get her granddaughter out of the car safely before the hijackers drove off.