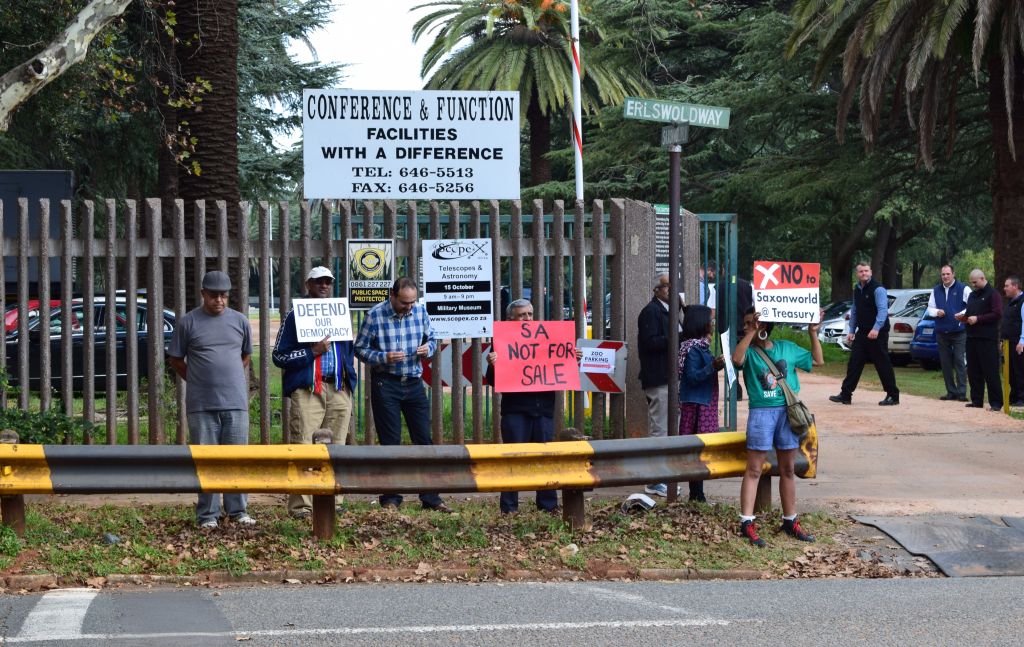 Members of social activist group Johannesburg Against Injustice protest outside the Military Museum in Saxonwold, Johannesburg, against the Gupta family, 16 April, 2017.

JOHANNESBURG - Johannesburg Against Injustice (JAI), in a press release, have condemned the actions of a group of Black First Land First (BLF) activists who allegedly attacked their members on Sunday.

Approximately 40 JAI members were protesting outside the entrance to the Military Museum in Saxonwold, where the Gupta family was holding a religious ceremony.

Two minibuses filled with BLF members arrived and "proceeded to physically and  verbally abuse our members, including a veteran of the Congress Movement, Mr Prema Naidoo, and members of various religious organisations," the statement said.

"These knobkerrie, stick and sjambok wielding BLF members made it clear to us that they were attacking us under instructions from the Gupta family."

JAI said that "despite these attacks, we continued our protest under the watchful eye of the JMPD. Many of our members have a long history of struggle and are experienced at not cowing to intimidation of any sort."

Members of social activist group Johannesburg Against Injustice engage in a stand-off against BLF members outside the Military Museum in Saxonwold, Johannesburg.

JAI said it had made it clear that it respected the right of the Gupta family to engage in worship, but it also appealed to the family to respect the groups right to peaceful protest. It noted that JAI protesters had remained at a distance from the actual prayer venue and did not intimidate the few guests that attended the ceremony.

JAI said that, if anything, the actions of BLF were "unbecoming of a pious occasion like the Shrimad Bhagwat Katha.

"This validates our assertion that the prayer is nothing but a public relations exercise for the Gupta family."

JAI said they were considering obtaining a restraining order against the BLF and the Gupta family.