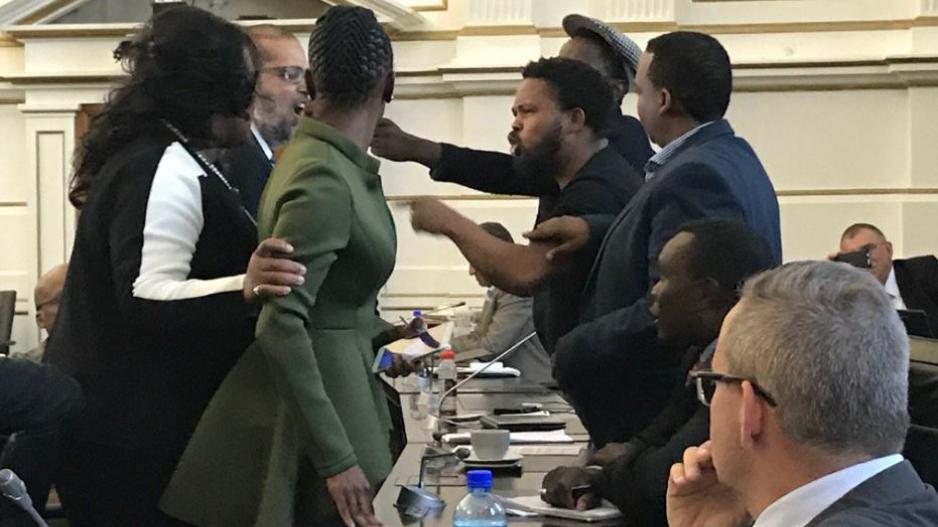 JOHANNESBURG - In the latest development in the ongoing Gupta leaks saga, the Black First Land First (BLF) movement's leader, Andile Mngxitama, has been linked directly to the controversial Gupta family.

News24 revealed on Monday morning that Mngxitama not only met with the Guptas, he also received an instruction to write an article about BizNews editor Alec Hogg on their behalf. It is reported that leaked emails reveal  Mngxitama met with Gupta lieutenant, Santosh Choubey in February 2016 and that he asked the family for funding around the same time.

Mngxitama has denied receiving any money from the Guptas despite aggressively defending them.

The BLF has been in the news for targeting white journalists they accuse of promoting an anti-black agenda, leading to a court interdict being issued against them in response to an application by the South African Editor's Forum (Sanef). Absa has also been granted an interdict against the Gupta-sponsored pressure group.

Despite the interdict, the BLF has allegedly gone on to attack an amaBhungane journalist, and are still saying they will be "visiting" media practitioners they view as racist.

Recently, outspoken ANC MP, Makhosi Khoza's life was threatened from a cellphone number believed to be registered to the BLF. The BLF has denied any involvment.