Bodies of hanged members of PAC's armed wing to be exhumed 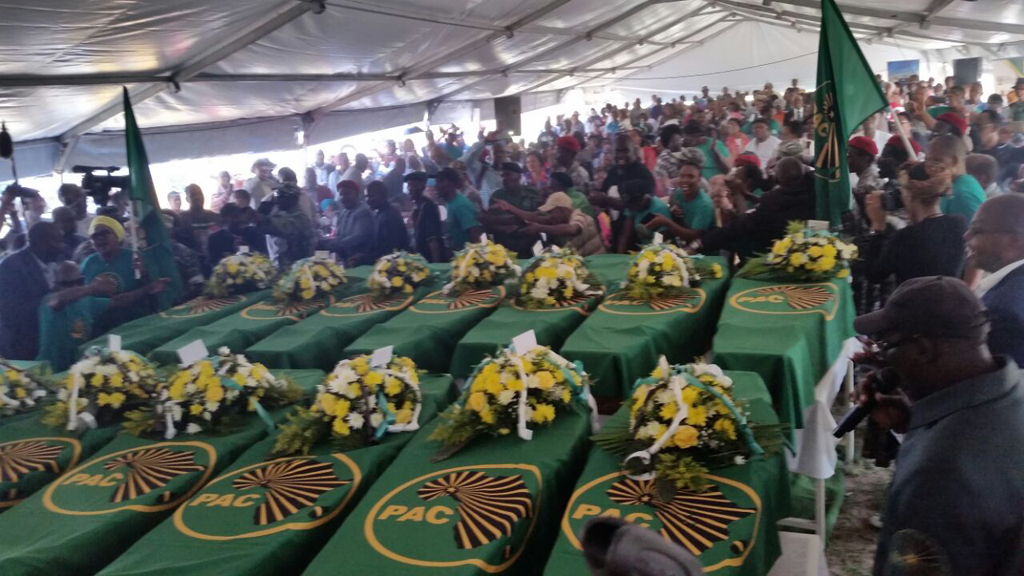 The remains of 14 PAC members were exhumed as part of the Gallows Project which has so far seen the exhumation of 83 political prisoners for reburial.

JOHANNESBURG – Families of political prisoners, who were hanged during the fight for liberation may be able to seek closure. The Gallows Exhumation Project has unearthed 43 unmarked graves.

The remains of ten Pan Africanist Congress (PAC) members were excavated from a Pretoria cemetery.

One of the victim’s family members, Siyanda Madikane, has travelled from Dutywa in the Eastern Cape, hoping he can close a painful chapter in his family’s history.

His grandfather’s brother, Lennox Madikane, was just 25-years-old when he was hanged and buried in this grave, with two others.

While he has never met him, Siyanda talks to his elder's remains, a tradition in his family.

The young man has made sure to capture the moment and also take some of his relative's remains, with him.

The grandchild, Soyanda Madikane says, “I have to go and show the elders that this is what we saw, this is what is remaining and the bones are coming back home.”

READ: The depth of the 'third force' on SA's democracy

Lennox Madikane was the youngest of ten PAC members, executed for events that took place in Paarl in 1962.

Madeleine Fullard, who is part of the NPA task team, says, “Families were later allowed to write and request information about grave numbers but not allowed to exhume or recover the remains so that's the process we are doing today.”

For the past two years, the Gallows Exhumation Project has been digging up the past.

So far, the remains of 43 out of 130 political prisoners, hanged prior to the suspension of the death penalty in 1990, have been exhumed.