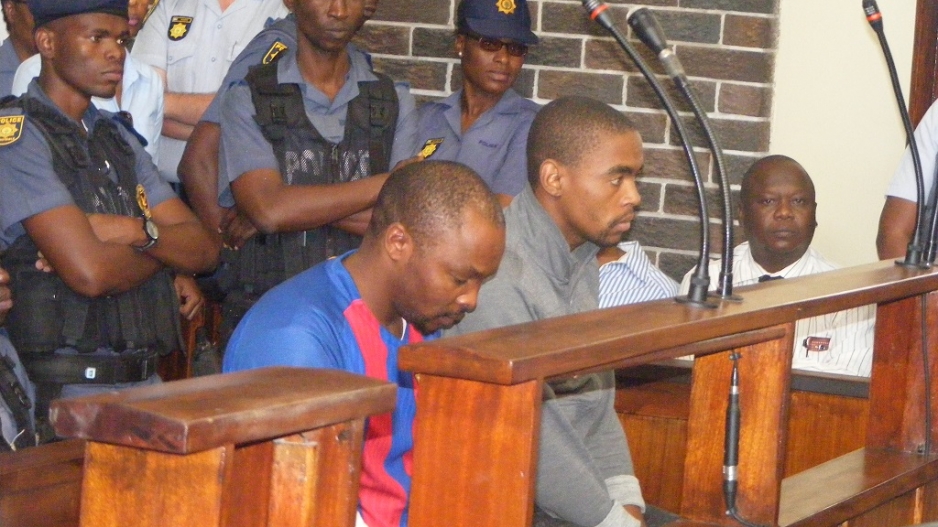 Thokozani Msibi (L) and his co-accused Brilliant Mkhize in the dock inside the Witbank Magistrate's Court. The two are accused of killing two children, one of whom was an albino.

WITBANK - Police found a human head and other human body parts at the home of traditional healer Thokozani Msibi in eMalahleni in Mpumalanga last month.

Msibi was arrested in connection with the kidnapping and murder of two children, one of whom was living with albinism, the eMalahleni Magistrate’s Court&39;s heard on Tuesday.

State prosecutor opposed bail,  who appeared with his co-accused Brilliant Mkhize. He said Msibi also showed the police a shallow grave in Cullinan, east of Pretoria, where the body of a 14-year-old girl with albinism, Gabisile Shabane, was found buried last month.

“Our witness said he was there when Gabisile was chopped off,” said Mavundla, which led to Gabisile’s mother Annah Shabane, who was sitting in the public gallery, to sob loudly.

Gabisile and a 15-month-old boy, Nkosikhona Ngwenya, were kidnapped from their home in Hlalanikahle in eMalahleni on January 28, allegedly by three men who entered their home after breaking a window. Nkosikhona’s body was found on the side of the N4 highway last month.

Mavundla told the court that the same state witness told the police that Gabisile’s body parts were chopped off by a "Mr Gamede" from Swaziland, who was alleged to be with Msibi and others. He said some of the missing parts from Gabisile’s body were not found.

Msibi’s lawyer, Zamo Sibisi, earlier argued that his client was tortured and forced to make statements after he was arrested.

“The accused stated that whatever statements or pointing out (of crime scenes) he made was not done voluntarily,” said Sibisi.

Magistrate Darleen Venter denied Msibi bail and postponed the matter to March 13 so that Mkhize could get a legal representative.