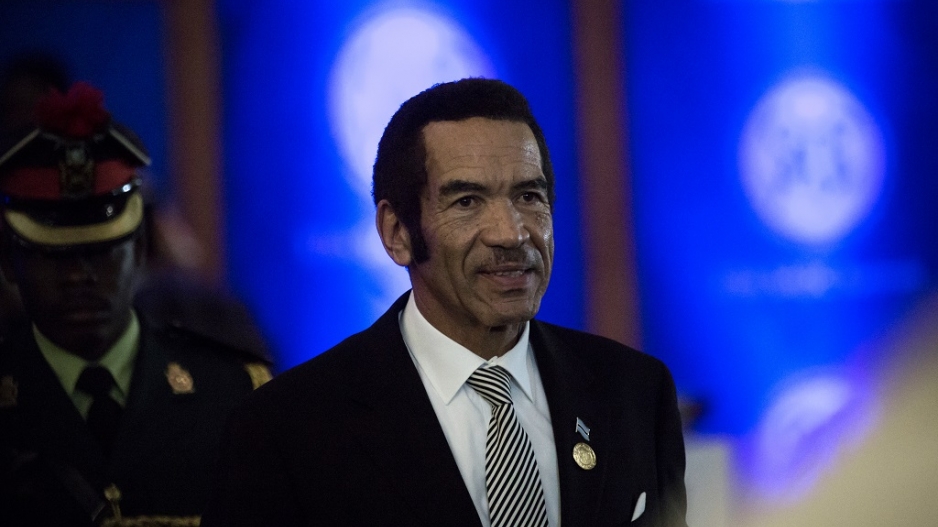 JOHANNESBURG - Botswana&39;s President Ian Khama on Friday accused the US government of encouraging elephant poaching following its recent decision to reverse a ban on imports of sport-hunted trophies.

Khama was speaking at an African elephant conservation conference in Botswana.

"I want to take this moment to condemn in the strongest possible terms, the decision taken by... the (Donald) Trump administration who on the 1st of March this year... issued a memorandum that with immediate effect, the US government would consider issuing permits for certain elephant trophies from six African countries," said Khama.

"I think that this administration is undermining our efforts and also encouraging poaching in the process because they are well aware of our laws that prohibit hunting in Botswana," he added.

The decision by the US Department of the Interior would allow the import of tusks and skins of elephants killed in Botswana, Namibia, South Africa, Tanzania, Zambia and Zimbabwe, on a case-by-case basis.

In 2012, an image of Trump&39;s son Donald Junior holding a knife and an elephant tail next to a buffalo carcass while on a hunting trip in Zimbabwe caused widespread outrage.

According to global advocacy group Avaaz, the European Union is the world&39;s biggest exporter of legal ivory, which is thought to fuel poaching.

"What we see is that Europe has become both a destination and transit hub for illegal ivory," Avaaz campaign director Bert Wander said.

"It&39;s crucial that this trade is shut down if we&39;re going to protect these magnificent animals".

Wander said EU officials had told the campaign organisers that "they couldn&39;t ban ivory because not enough African leaders wanted them to".

"The rest of the world is turning its back on ivory trade. Why not Europe?"

Presidents Yoweri Museveni of Uganda, Ali Bongo of Gabon and host Khama signed a petition along with representatives of 29 other countries calling on the "EU to close its ivory market".

Do the right thing

There is a huge demand for ivory in Asia, notably in China.

Botswana&39;s environment minister, Tshekedi Khama, said "the reason the EU must close the trade is because China has closed that avenue".

"If the EU as a bloc... would do the right thing by doing the same, then we have two avenues out of Africa closed. If we can close the main exit areas then we are going to be a lot more succesful than we are," he said.

Britain accounts for the most ivory exported from the EU, according to Avaaz.

International rules still allow countries to legally export ivory when it is certified as having been "worked" or "carved" before 1976.

Antique ivory products manufactured before 1947 -– such as billard balls, piano keys and chess pieces -- are also legal and do not need a certificate, providing their age can be established. But activists say this creates a loophole allowing for "blood ivory" to enter the legal market.