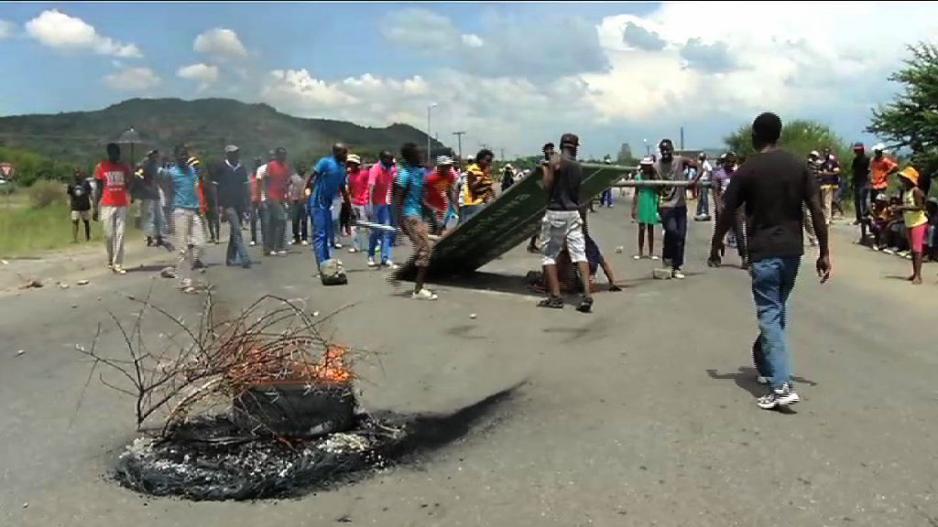 BRITS - The family of a 28-year-old man in Mothotlung in the Brits area have confirmed their relative died after service delivery protests in the area.
Lerato Seema is believed to be the third victim of clashes with police over water shortages.
Colonel Sabata Mokgwabone said the man and his friend were arrested on Tuesday for public violence in the area during a protest about water shortages.

"The men were put in the Nyala that was headed to the police station; one man managed to escape and the other one tried to escape, but fell from a moving Nyala," said Mokgwabone.

He said the situation in the area remained calm and police were patrolling.

On Monday, two people were killed allegedly by the police, during the protest.

"Their innocent request [for water] was met with brutal murder. This is what this current government has become known for."

He said the African National Congress-led government was no different from the apartheid regime.

Malema said it was the community&39;s right to have water and he blamed the situation on poor administration.

"While the water was still under Magalies, there were no such problems," he said.

They claimed they were confronted at gunpoint on Sunday when they went to ask him for help. Malema urged them not to be afraid of the councillor and to fight for what they believed in.

"We will make sure the person who was pointed [at] with a gun opens a case so that he [the councillor] can be locked up."

He reminded the people that they had the power to change their situation.

"Only you have the power to change this nonsense. You can&39;t live like this."

North West premier Thandi Modise expressed her condolences to the families of those who died.