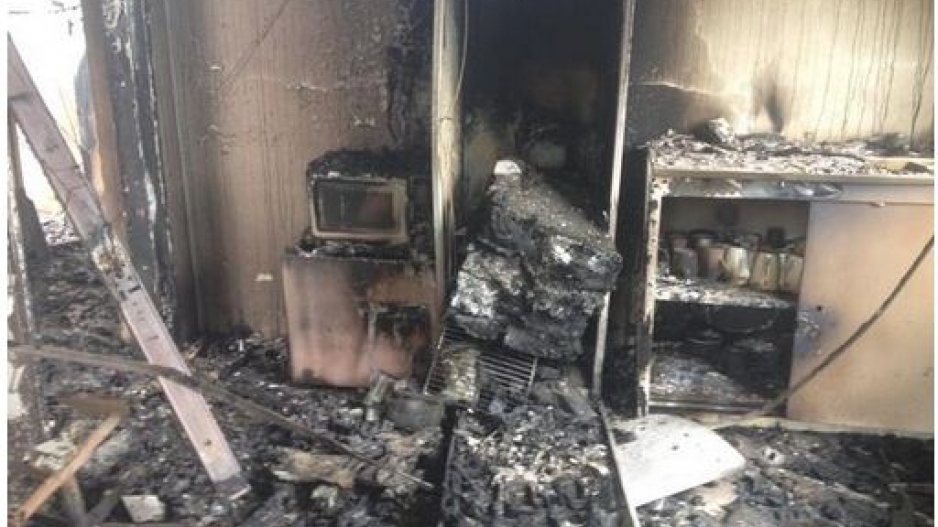 A picture of the Rethabile Clinic which was torched by angry Bronkhorstspruit residents.

BRONKHORSTSPRUIT - Protesters in the Bronkhorstpruit area, east of Pretoria, set alight several buildings including a clinic on Wednesday, police said.

"A clinic, house and a hall were burnt down in Rethabiseng," spokesman Johannes Japhta said.

He said the protests had spread to nearby townships.

Seven buildings had been set alight as a result of the protests in the area.

Two people were arrested in Rethabiseng on Wednesday and would be charged with public violence and illegal public gathering.

More than 50 people were arrested after a library and a house were set alight by disgruntled Bronkhorstspruit residents around 3am on Tuesday.

No one was injured and the three people who were in the house at the time escaped when the fire started.

Japhta said it was not known if the home owner worked for the Tshwane municipality, but he had previously been a community policing forum member.

The library was completely destroyed, he said. A case of arson was opened.

Japhta said it was not yet known if a petrol bomb had been used.

In a statement on Tuesday, the City of Tshwane said residents of Bronkhorstspruit, Rethabiseng and Zithobeni in Region Seven had been protesting because they were unable to buy pre-paid electricity.

Spokesman Blessing Manale said that before Region Seven merged with the city it used a prepaid electricity system called the Conolog and the system crashed last Monday.

"The city has, since the system crashed, called in technicians for repairs but has been advised that the system was irreparable," he said.

"The region has now intensified its roll-out of the migration programme to transfer residents from the old Conolog system to the Supreme system and calls upon all residents from Bronkhorstspruit, Zithobeni and Rethabiseng to come and register for the new system."

He said the city condemned the vandalism and destruction of property and called for calm in the area.