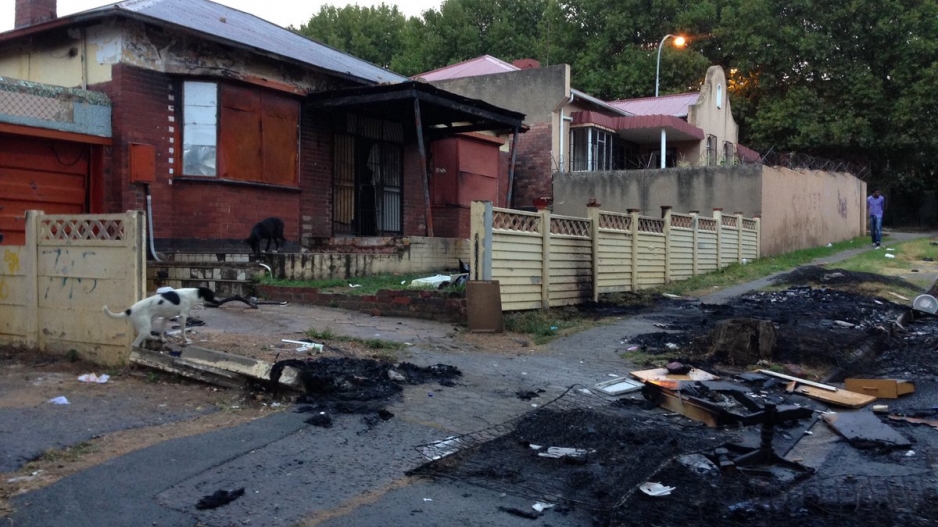 According to police, the residents took to the streets to protest against drug dealing in the community.

Three homes and a tavern believed to operate brothels and drug dens were set on fire.

“Residents identified houses of what they believed to belong to drug dealers and brothel owners. They then took out the furniture out of the properties and burned them,” said Gauteng police spokesperson, Captain Mavela Masondo.

Masondo said no arrests have yet been made.

He said police opened a case of malicious damage to property and public violence.

Johannesburg mayor Herman Mashaba visited the area and said the city will set up a specialised JMPD task team.

“According to community members, these homes are illegally occupied by Nigerian foreign nationals who run the homes as brothels and have girls as young as nine years old working as prostitutes. Many of the women in these brothels are also alleged to have no official identification documentation,” Mashaba said in a statement.

“Some of these woman who work as prostitutes told me that the brothels are supported by officers from Moffat View police station. These are serious allegations and I will be contacting the provincial police commissioner Major General (Deliwe Suzan) de Lange and request an urgent investigation into these claims,” said Mashaba.

The mayor said he found that the homes had illegal electricity connections and provide no proper sanitation facilities.