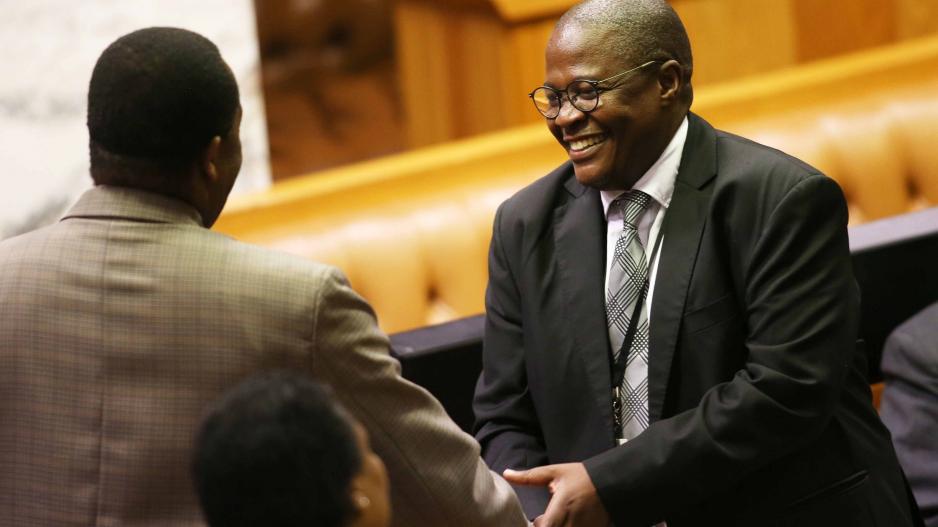 Former Eskom CEO; Brian Molefe is welcomed by MPs after being sworn in as a Member of Parliament (MP) on February 23, 2017 in Cape Town, South Africa

Eskom had proposed the Molefe be paid out an R30m pension pay-out.

“I have considered the Eskom Board’s reasoning in formulating the proposed pension pay-out and cannot support it. I found the argument presented by the Board on why the pension arrangement was conceived lacking in legal rationale, and it cannot be substantiated as a performance reward because Mr Molefe has already been granted a performance bonus for his contribution to the turnaround of Eskom,” Brown said in a statement.

“Nor is the proposed pension pay-out justifiable in light of the current financial challenges faced not only by State-Owned Companies, but by the country as a whole. Given that I was not a party to the contract of employment concluded between the Eskom Board and Mr Molefe, I have instructed the Board to urgently engage Mr Molefe and report back to me with an appropriate pension proposal within seven days, she added.

Brown said she has asked Eskom&39;s board to investigate how its proposal got into the public domain before she had considered it.