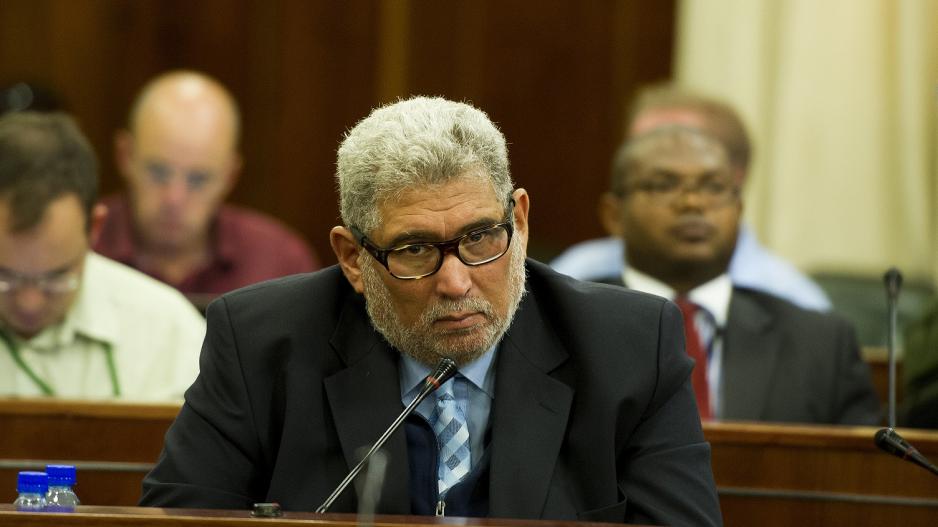 ANC MP Cecil Burgess during the ad-hoc committee on Nkandla meeting on April 24, 2014 in Cape Town.

PARLIAMENT - Former senior ANC MP Cecil Burgess on Tuesday made it to the top of the second shortlist for the watchdog post of Inspector general of Intelligence.

Burgess, who chaired the ad hoc committee on the Protection of State Information Bill, received more support than the little-known Clinton Davids, Mathe Diseko, and Imtiaz Fazel from the sub-committee selecting candidates from an original list of 55 names.

The others are Jayashree Govender, Phillip Jele, Andile Kilifele, and Mampogoane Nchabeleng.

The committee was due to hand the shortlist to the joint standing committee on intelligence later on Tuesday, its chairwoman Connie September said.

September confirmed that Faith Radebe, the former diplomat who held the position from 2010, re-applied but then recently asked to have her name withdrawn from the list.

The standing committee would interview the candidates once they had all received security clearance, she added.

Burgess was named in news reports at the weekend as the front-runner for the post, but refused to comment.

The office of the inspector general oversees the State Security Agency, as well as military and police crime intelligence, and has wide powers to investigate illegal espionage and abuses of power.

The appointment is getting underway amid a controversy over the intelligence community&39;s jamming of the cellphone signal in the National Assembly ahead of President Jacob Zuma&39;s state-of-the-nation address a fortnight ago.

State Security Minister David Mahlobo last week claimed the jamming had been the result of an "operational error".

Burgess proved a hawkish chairman of the committee that redrafted aspects of the so-called secrecy bill, which is yet to be signed into law a year-and-a-half after it was referred back to Parliament to have drafting errors corrected.

The standing committee on intelligence meets behind closed doors.

The meeting of the sub-committee was open to the media at the insistence of the Democratic Alliance, who commented on Burgess&39;s shortlisting by saying the post had to be filled by someone who could be trusted to be impartial.