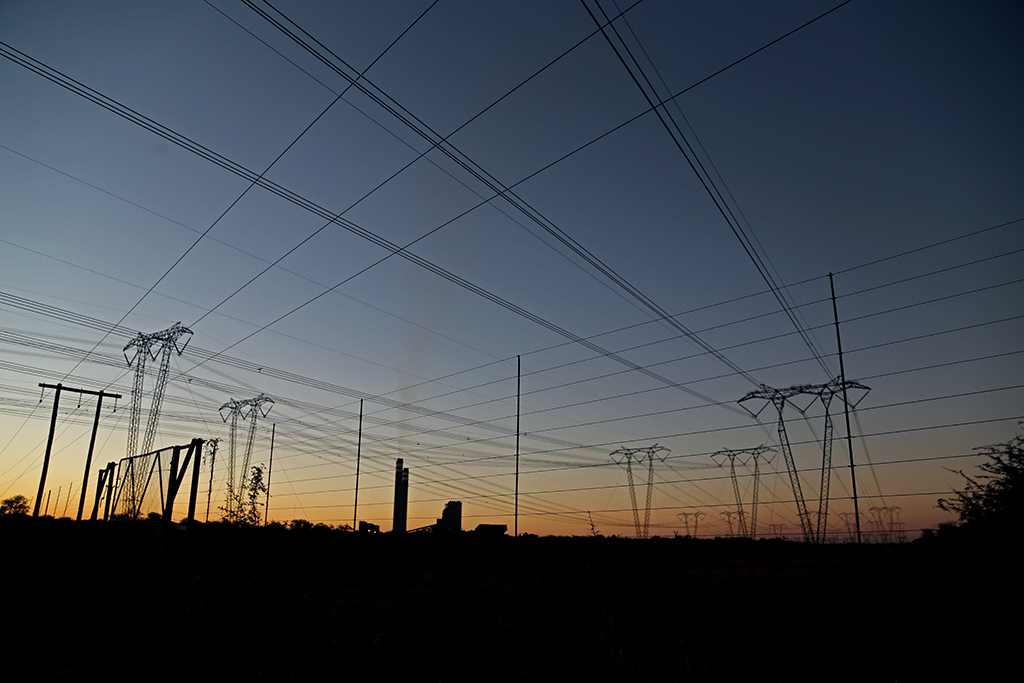 LEPHALALE – A second heritage impact assessment of Eskom&39;s Medupi power plant in Lephalale, Limpopo has led to the discovery of several burial sites.

The independent assessment conducted by Mbofho Consulting and Projects found a total of 20 heritage sites, which included seven graves, at the site of the power plant.

PHOTO: Findings of the second heritage impact assessment showing the total number of heritage sites affected by the construction of the Medupi power plant. Source: Supplied.

Unit Six of Medupi was officially opened by President Jacob Zuma on Sunday and has been hailed as the answer to keeping South Africa&39;s lights on – for now.

However, what lies beneath the plant has caused several families pain and hardship because they say it is built on top of their ancestors&39; graves.

PHOTO: From left: Stephen Tibanyane, Francinah Mokawe and Lazarus Seodisa page through a second heritage impact assessment which verified their claims that there are burial sites at the Medupi power plant in Lephalale, Limpopo. Source: eNCA/Bianca Bothma

Families say not being able to have access to the graves has left them feeling disconnected.

"Back then there was a mountain we would go to and once we spoke to the ancestors we would not struggle to get rain, but now that things are all mixed up – we don’t know what to do," said one of the claimants, Francinah Mokawe.

The families say they weren&39;t consulted when the first heritage impact assessment took place before construction began in 2007.

Recommendations from the first assessment suggests that more detailed public participation should have been done.

PHOTO: A Google Earth map showing the burial sites affected by the construction of Medupi in red. Source: Supplied.

To remedy this, the second phase of the assessment used a community-driven approach, different from the traditional practice of heritage assessments.

"This approach was preferred to dispel the growing public mistrust that researchers may want to hide some evidence," notes the assessment document.

The new process relied on the claimants&39; stories and them pointing out the burial sites at the power plant. Twelve claimants were interviewed (two members from each family) and an additional 15 members of the local community were also interviewed.

The consultants conducting the assessment also interviewed Eskom staff who were working at Medupi during the time when construction began to piece together the story of what happened.

PHOTO: A drawing by a group of claimants showing the original homestead and location of graves on the land where Medupi was built. Source: Supplied.

Eskom says while it accepts the findings of the assessment, it only knew of one grave when construction started in 2007.

"From our point of view there’s no definite proof and the reason I say that is because when Eskom was doing the EIA (environmental impact assessment) we made it a point that we get the professionals, as far as archaeologists are concerned, to inspect the place," said Abram Masango, acting Eskom group executive for Group Capital.

"As you know we only picked up one grave and we followed all the process in terms of exhuming the grave," said Masango.

The grave that was found belonged to a six-year-old boy Jankie Mokawe who died in 1974. His body was exhumed in 2007.

PHOTO: The grave of Jankie Mokawe exhumed from Medupi in 2007. Source: Supplied.

The boy&39;s mother, Francinah Mokawe says the exhumation was done without following the proper customs and rituals and this has caused her a lot of trauma.

"I feel a lot of pain, I am hurt by the way things were done. You can see for yourself where I live is not live beautiful because my people are gone and I am left alone," she said.

The assessment reports that any other graves that were situated close by would have been destroyed when a new ground level was constructed.

"In archaeological terms, whatever cultural layers existed and the contents therein have been disturbed or destroyed," noted the assessment.

PHOTO: A photograph from the heritage impact assessment showing the changed landscape where any archaeological evidence of graves was removed during excavation to create a new ground level. Source: Supplied.

Several infant burials were also marked on the site. The assessment notes that it would have been impossible for an archaeologist to find these graves unless they were pointed out to them.

"An archaeologist should be absolved for failing to find them, barring public consultation but they need to be given the same level of respect and protection," noted the assessment.

The Pedi custom is that infants should be buried under the floor of the main living hut.

"This rite seems to symbolise the recycling of a young soul which had hardly started life," noted the assessment.

PHOTO: This photograph from a second heritage impact assessment shows the location of two infant graves which lie under the pile of top soil at the Medupi power plant Lephalale, Limpopo. Source: Supplied.

Three-day-old Johannes Tibanyane was one of the infants buried. His father, Stephen, said he had to fight to find out the truth.

"I had to fight because I don’t know what they have done to my son, they dug up where he was buried. I don’t know where he is, there is dug-up sand everywhere… it’s been dug up," he said.

"We had buried him according to traditional customs and we all were cleansed. Now as we speak my wife has many problems, she is always complaining about pains on her waist ever since this story happened in 2007 when they started construction," said Tibanyane.

The families want President Jacob Zuma to attend a cleansing ceremony at the power station.

"Medupi made a mistake by not consulting the families whose graves are there that is why we have all these problems," said a local traditional healer, Lazarus Seodisa.

The cleansing ceremony must include Zuma, all the traditional healers and chiefs of Limpopo, Seodisa said, adding a cow and a goat must be slaughtered for each burial site.

"We need to speak to the ancestors about Lephalale and Medupi. The company needs to be successful so our children will have jobs."

The power utility says it&39;s now working with affected families to figure out a resolution.

“In terms of the recommendations that came forward we as Eskom accept it and we’ll implement it together with the families,” said Masango.

There will be no financial compensation for the loss experienced by the disturbance of the burial sites but several recommendations were made which Eskom says they will accept.

The assessment authors recommend that no financial compensation be made because this is not customary practice as graves have no financial value.

“The children can’t find jobs because they don’t have education. We are trying by all means to build a school for our children so they can change their lives for the better,” said Seodisa.