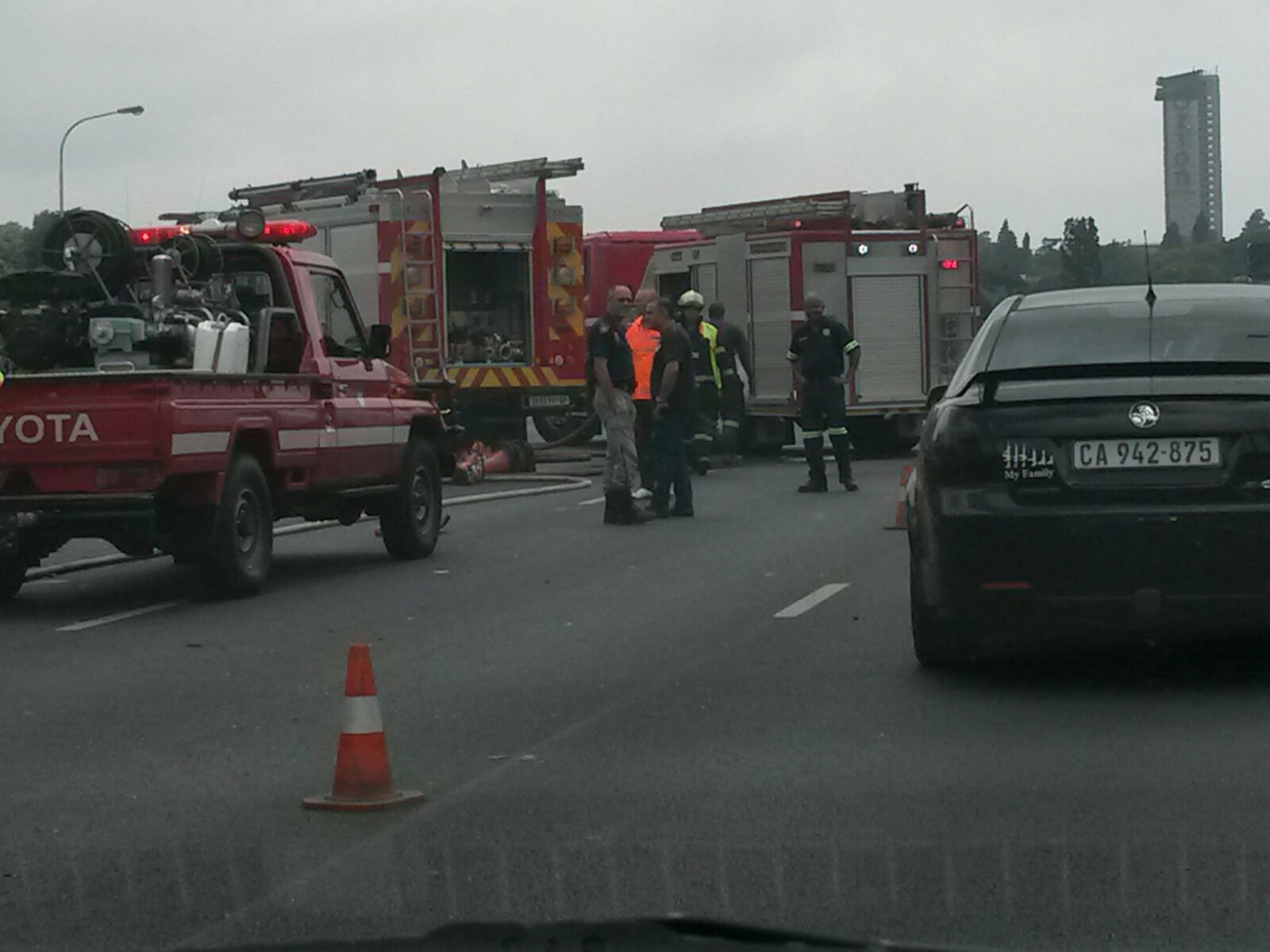 Firefighters at the scene of a bus that caught fire on the N12 Eastbound near Gillolys Interchange.

"Apparently the bus had a mechanical failure and had to be towed. It caught fire while it was on the towing truck."

The bus was completely destroyed.

There were no passengers on the bus.

Traffic was delayed by up to an hour as five lanes of traffic were condensed into one.

A double-decker bus was completely destroyed on the R24 past the Gilloolys Interchange in Johannesburg. (Photo: eNCA / Angela Waywell)