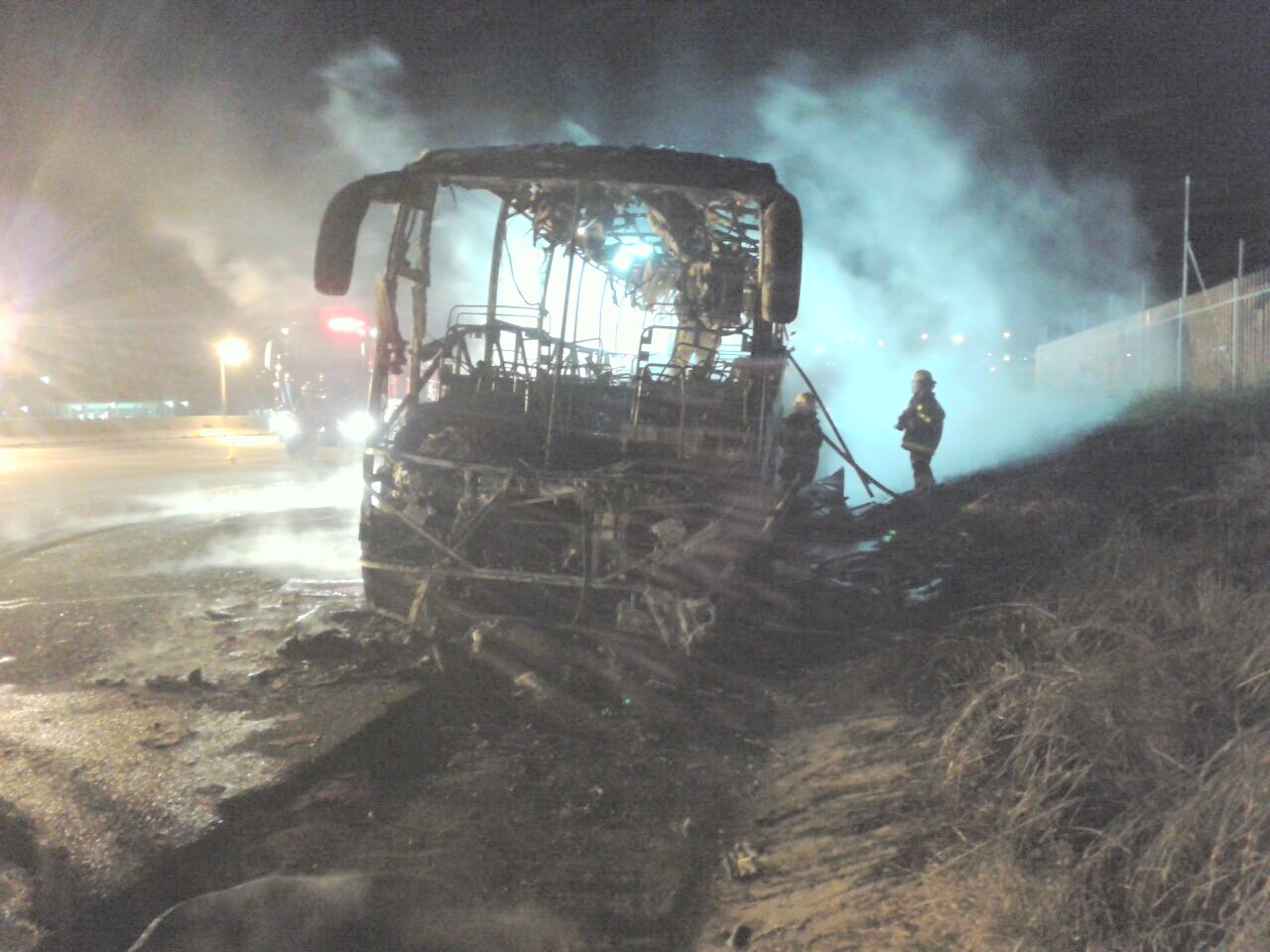 JOHANNESBURG - An Eldo Coach bus caught fire last night on the N1 highway.
Passengers had to hurriedly evacuate the bus after the blaze, which left it completely gutted.
The bus caught fire around 21.30, about 20 minutes after leaving the terminal, said 23-year-old law student Caryn Govender.
“We were 20 minutes from Midrand when we could smell something burning,” Govender said.
Govender had been travelling to Durban with her mother.
“The fire was fierce and the bus went down in a matter of 15 minutes.”
The Eldo Coach passengers said they owed their lives to two men in a bakkie who alerted the bus driver to the fire.