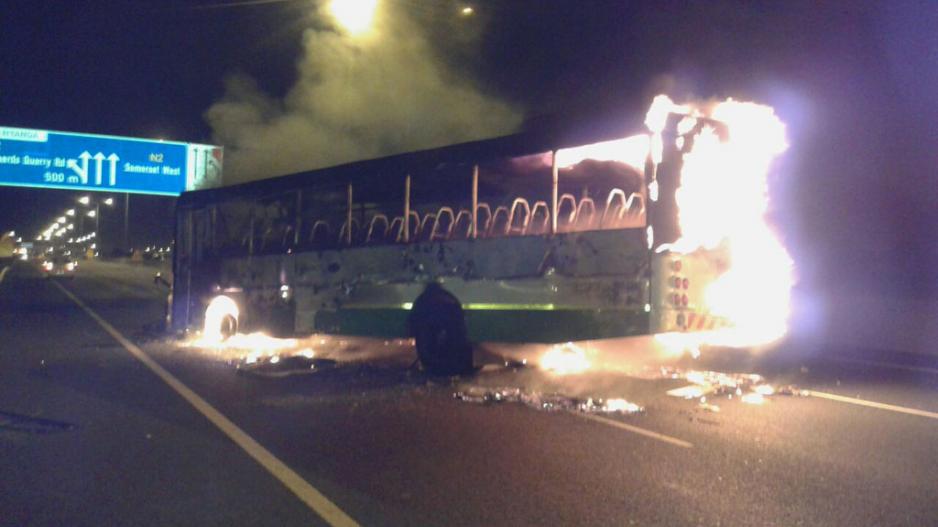 JOHANNESBURG – Two buses have been burnt down on the N2 outgoing Borcherds quarry road in Cape Town. It is believed that the protests could have started because of the unhappiness over the selection of election candidates.

“There were no serious injuries but we understand some occupants of private vehicles were injured and it wasn’t initially clear what caused the accident or what the cause of the protest action was, but it does appear to be about the list of candidates selection process in that ward” Mayoral Committee member for Community Safety, JP Smith  said.