Buttons, flyers and behind the scenes lobbying as DA leadership race hots up 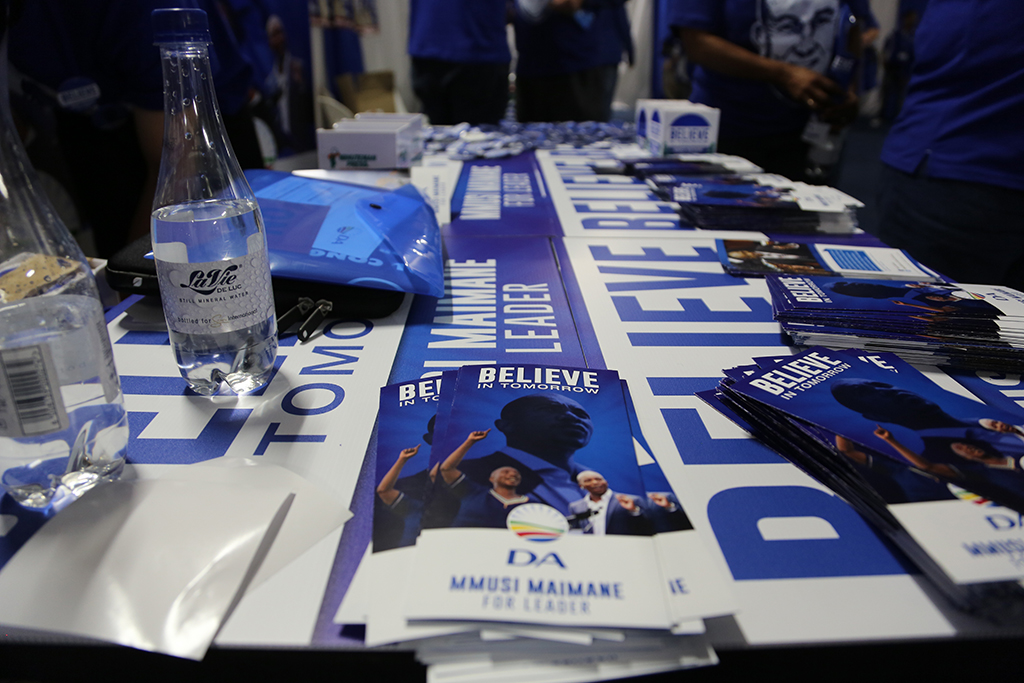 Pamphlets for DA Leadership hopeful Mmusi Maimane on a tablet at the DA Congress.

PORT ELIZABETH - It&39;s do or die for candidates campaigning for the leadership in the Democratic Alliance, as the party begins it&39;s elective and policy congress in Port Elizabeth this morning.

Campaign teams spent the morning handing out flyers and buttons to delegates who arrived for the conference this morning, with some teams starting from as early as 6am.

Others admitted that they were exhausted, but upbeat, after spending the night canvassing for votes.

The main race is between Mmusi Maimane and Wilmot James who are running for the position of Party Leader.

John Steenhusien, who is leading Maimane&39;s campaign, delegates could see that the charismatic young leader was ready to lead the party.

"I think we’ve run a very positive campaign and I think delegates have responded very well to it. There’s been a lot of uptake on our merchandise – tshirts, badges and the rest. I think that the &39;Believe in Tomorrow&39; campaign has offered South Africans and delegates alike hope and what are very difficult times in South Africa," Steenhuisen said.

He said the Maimane team was feeling very confident, but admitted that the next few hours would be critical.

"This is a crucial 24 hours now before the vote. (There will be) vigorous campaigning now from our side. We’ll be wanting to get the members on board with the campaign, get them excited by coming out early tomorrow," he said.

James was also seen speaking to delegates this morning, although his team was not as aggressive when it came to the dispersion of t-shirts and other merchandise.

James said he was not concerned about Maimane&39;s campaign being more visible.

"We feel confident. I have a good offer. I have spoken to DA supporters and members in the past two weeks across the country so I am very excited about the prospects of putting up a good fight," he said.

James said he had made the effort to lobby directly, instead of having his campaign team making calls. "I&39;ve got to do it myselft. People like to be spoken to personally," he said.

The academic vs the charismatic leader

James is currently serving as the party&39;s Federal Chairperson, a position which Athol Trollip, Makashule Gana and Masizole Mnqasela are currently campaigning for. James first served as a member of Parliament in 2009. This after working in the academica for several years.

Meanwhile, Maimane entered the political arena in 2011 when he unsuccessfully ran for mayor of Johannesburg on the DA&39;s ticket. He then went on to lead the party&39;s Johanesburg Caucus and then became party spokesman.

In 2014, Maimane was the DA&39;s Gauteng Premier candidate, but was unsuccessful as the ANC retained control of the province&39;s legislature. He then moved on to become the DA&39;s leader in Parliament following the sudden departure of Lindiwe Mazibuko.

It&39;s clear that Maimane has managed to inspire many of the younger DA supporters, many of who can be seen wearing his campaign&39;s "Believe" t-shirts. One young volunteer, Siphokuhle Dyantyie, says that although he is not among those voting, he will readily campaign for Maimane, Dyantyie said .

"It&39;s because I believe that he will move the party towards transformation. He is going to help build an organisation that is going to deliver to the poor," he said.

"Mmusi is going to take that further. It&39;s because he understands the lives of poor people," he said.

Another delegate, who did not want to named, said he was likely to vote for James but was here to campaign for Gana.

The delegate said he was concerned about Maimane&39;s ability to provide "substance" although he was a good speaker.

Meanwhile Gana and Trollip are also staging a fierce contest. Supporters for both men spent the morning singing and garnering support. Gana&39;s team stood out in black t-shirts - in a sea of blue t-shirts worn by delegates. Meanwhile, Trollip&39;s team focused on his strong track record in the party, saying he was "trusted" and "tested" . He is the Eastern Cape DA leader.

The leadership announcement is expected at 1pm on Sunday. 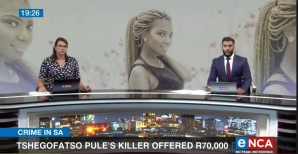