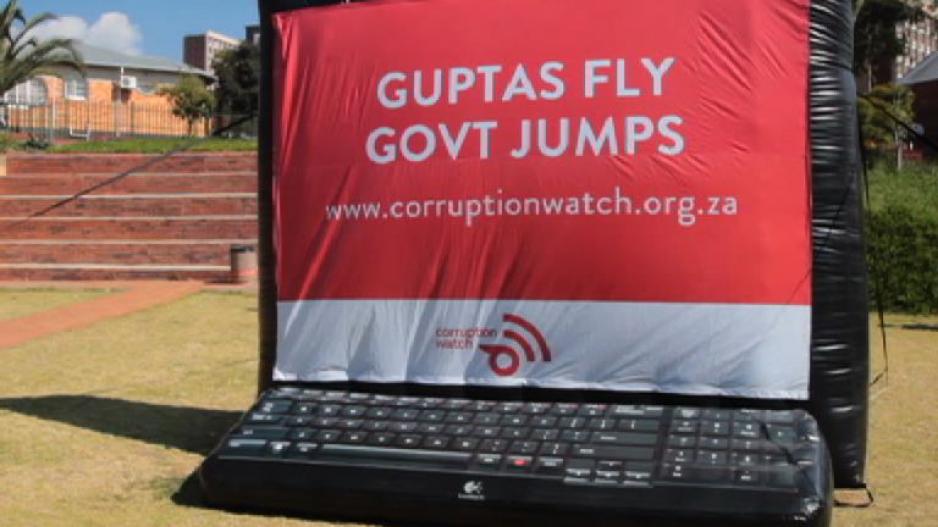 JOHANNESBURG - Guptagate is being used to encourage greater accountability among South Africans.

Corruption Watch has launched its so called “Air Gupta” campaign as part of an anti-corruption public awareness drive.

Corruption Watch relies on information from the public.

Recently, a whistleblower helped expose a dodgy procurement deal at a Mpumalanga municipality that led to the suspension of three employees.

Corruption Watch is using its website and social media to encourage people to report wrongdoing.

It’s now posted a series of humorous videos on YouTube. They follow the crooked Bra Tjo-tjo and his partners in crime.

And the organisation is taking its message to the streets.

Hostesses will be handing out flyers in the form of paper airplanes as part of the "Air Gupta" campaign.

Another campaign pokes fun at the Free State government.

An oversized inflatable computer is meant to represent the amount the government has spent on its website.

The province has been accused of spending over R140 million to re-design its website.

But it says R40 million of tax-payers&39; money was spent.

Corruption Watch hopes the campaign will triple the number of reports it receives.